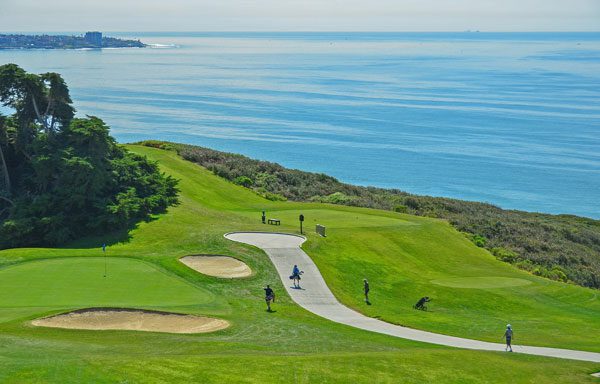 If you are planning a visit to Japan but have no idea where to play a great round of golf, start here. The sport only arrived in Japan at the turn of the 20th century, with the first club in Kobe founded in 1903, but now according to the National Golf Federation the country has 2,227 golf facilities (seven percent of the world’s supply) for its 127 million people – or one course for every 57,000 people.

That gives Japan the third-highest number of golf courses in the world, behind Canada with 2,265 and the US with 14,640.

In this comparatively short time Japan has set a high standard for its courses, and many now feature among the world’s Top 100. Let’s look at some of the most impressive.

Often awarded the top spot in lists of Japan’s best golf courses, and rated 13th in the world’s Top 100 by Golf Digest, the Hirono Golf Course was built by Charles Hugh Alison in the 1930s. Though not the largest course, it features plenty of interesting challenges such as bunkering, sand, and tree-lined greens. While not large by golf course standards, it contains plenty of intrigue and challenge with unique holes and routing. “Allison tried to leave the culmination of British and American classic course design in Japan,” said golf critic Masa Nishijima.

Also built by C. H. Alison, this course opened in 1936 and is often spoken of as symbolising the essence of Japanese golf courses. It features breathtaking views and is attached to the Kawana Hotel, and is only open to the hotel’s guests. One of the more expensive course to play, it hosts the Fuji-Sankei Ladies Classic Tournament in April every year, and it’s suggested that the the challenging course should be walked with a caddie.

The oldest in the Kanto region, the club had two previous location, with this Asaka course designed by Komyo Ohtani opening in 1932, and renovated by American designer Gil Hanse in 2013.

The Tokyo Golf Club was the first Japanese golf club in Japan, established in 1913 by Junnosuke Inoue, Aisuke Kabayama and other leaders in various fields who were familiar with golf in New York and London.

The first course was in Komazawa, Tokyo (now Komazawa Olympic Park), where Emperor Showa was known for enjoying a friendly game with the Prince of Wales. The Regent Cup and Prince of Wales Cup competitions are still held.

Featuring a traditional feel, the course is said to test the mettle of the most experienced players, and is open to club members, and their guests on weekdays.

While the club was established in 1920, the current Ina River Course was designed in 1930 by Joseph Earnest Crane and his two brothers, making good use of the landscape. In an age when there were no bulldozers or power shovels available, the work was done manually by tens of thousands of labourers. Known for its natural beauty, the course welcomes players in, but becomes more demanding as it goes on – as the website says, “The player corrects the shots required by the course and the rigor of the strategic route, and faces the course with a pious feeling… after 18 voyages, their faces will be imprinted with indescribable satisfaction and sometimes slight regret.”

Designed by Osamu Ueda, who also had a hand in the design of Hirono, this course located in Harima Chubu Hill Prefectural Natural Park opened in 1961. Featuring a traditional garden-like atmosphere among hilly grounds, winding around Kamo Lake, it has been the venue for many major competitions including the Japan Open and the Kansai Open. You can enjoy aerial tours of the course by drone video here. 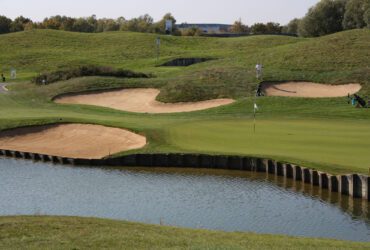 Taiga Semikawa of Japan, with a 6-under-par 65, led his team to a record 36-hole score of 264 at the 32nd World Amateur Team Championship at Le Golf National (Albatross) ...