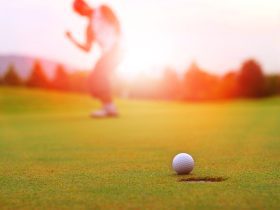 A Look At The RSM Classic

Following his victory at the 2019 BMW Championship, Justin Thomas explained in an interview why he switches golf balls.

“Yeah, I used the Pro V1 Star it’s called for however many months, but I went back to the ball I was playing, the [Pro V1x], at the Travelers,” Thomas explained to PGATOUR.com. “[The Star] is a lot different. It’s a lot softer and it’s a lot more spin.”

Explaining why he switched, Thomas said, “I wasn’t putting very well and I felt like the feel of the ball while I was putting was effecting my speed, and I just didn’t know if it was or not. So I just wanted to switch and see if I felt that way. I knew that other ball worked really well, and I’m glad I switched back.”

Thomas doesn’t often switch out his other golf equipment, because he knows what works for him.

“I don’t do much testing just because if it’s not broke, there’s no reason to fix it. I mean, I’ll do drivers or 3 woods sometimes, but my driver and my 3 wood has been good, so no reason to really change there.”

Although he doesn’t do this anymore, Thomas used to put lyrics on his wedges. These days, he says that if he were to adorn his clubs, it would be with rap lyrics.

“I still listen to rap. That’s really all I listen to so I’d have a rap lyric on there, but it’s pretty hard to find some clean ones to get on there.”

His favorite song? “I don’t know, the music hasn’t really been coming out that fast lately, I feel like. Nothing really stands out to get a line from a song or anything like that, so that would take some thinking.”