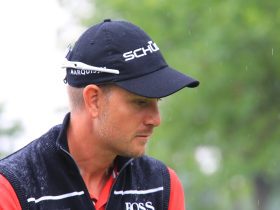 Henrik Stenson is to Lose Captaincy of the Ryder Cup 2023

The Presidents Cup has announced the event’s overall charitable contribution of $2 million with the majority directed to Charlotte-based non-profit organizations, highlighted by $575,000 towards the Charlotte Mayor’s Racial Equity Initiative (MREI). The announcement was made by PGA TOUR Commissioner Jay Monahan at the conclusion of the event’s Charlie Sifford Leadership Summit.

“It has been inspiring to see the Charlotte community come together to support the Mayor’s Racial Equity Initiative, and we are honored to play a small part in those efforts with today’s announcement,” said Monahan. “In 2020, the PGA TOUR made a $100 million pledge to support racial equity and inclusion efforts, and we are incredibly proud of the strides we’ve made to this point thanks to our players, partners, tournaments and the engaged communities in which we play including this week in Charlotte.”

The Charlie Sifford Leadership Summit, in partnership with Bridgestone, Citi, Cognizant and Nucor, marked the end of a year-long celebration of Charlie Sifford – the first African American to play on TOUR – during what would have been his centennial. The summit featured thought leadership discussions between representatives from the four event partners, as well as other leadership executives from the world of sport, and presidents and board members from HBCUs, with an in-depth discussion focused on DE&I efforts at the intersection of sport and corporate America, and the integral role HBCU programs can play in the growth and success of those efforts.

See also: The Best Diet to Bring Out the Pro Golfer In You

”I would like to thank the Presidents Cup for their commitment to the Charlotte community and people and ideals that are served by Mayor’s Racial Equity Initiative as well as the wonderful nonprofit organizations supported by its charitable contributions,” said Charlotte Mayor Vi Lyles. “The Presidents Cup has put a spotlight on Charlotte not just a top-tier sports town but as community committed to helping all of our residents advance and be successful.”

The Presidents Cup arrived in market in 2018, with the TOUR and Quail Hollow Club making a commitment to supporting organizations focused on improving social and economic mobility in the Queen City. In those four years the event has supported areas tied to the MREI which is focused on bridging the digital divide; investing in the Corridors of Opportunity; boosting recruiting and retention of diverse candidates for the city’s biggest employers; and transforming Johnson C. Smith University into a top-10 HBCU.

“From the moment of their arrival, the Presidents Cup has immersed itself in the Charlotte community, ensuring the charitable efforts from this event would be directed where our city needs it the most,” said Johno Harris, Tournament Chairman, Presidents Cup. “The contributions have been thoughtful, impactful and will ensure the legacy of this year’s Presidents Cup is felt long after they have left the city.”

In addition to the MREI, other contributions were gifted to local charities focused on improving social and economic mobility in the Queen City. Those organizations include the Augustine Literacy Project, Charlotte Family Housing, NXT/CLT and Renaissance West Community.

NXT/CLT is the city of Charlotte’s premier small business development program aiming to create a real, accessible and robust pathway of success for businesses owned by people of color. The goal is to increase the number of these businesses while creating an ecosystem of effective support for many more.

The mission of Renaissance West Community Initiative (RWCI) is to promote a collaborative community centered on quality housing, education, health, wellness and opportunity with a vision to end intergenerational poverty through a holistic community revitalization effort.

Other recipients of Presidents Cup gifting include ArtPopStreetGallery, Atrium Health Foundation, Classroom Central, Johnson C. Smith University, Lorien Academy of the Arts, Promising Pages, The First Tee of Greater Charlotte, as well as TreesCharlotte, who will be planting 222 trees within the six areas around Charlotte identified as Corridors of Opportunity, to commemorate the 2022 event. 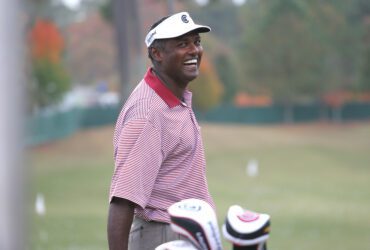 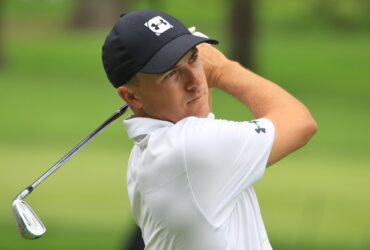 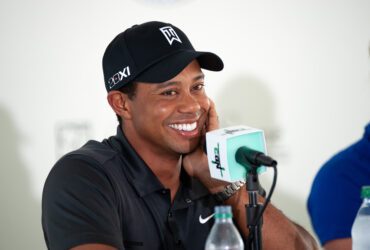