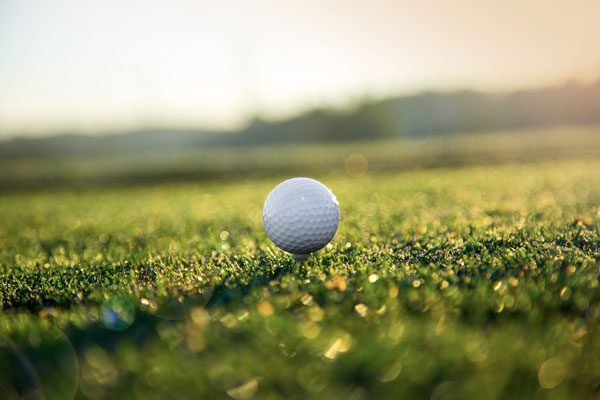 Memorable stories are built on three elements: A powerful character, a captivating setting and a building sense of drama. The 2019 Presidents Cup had all of those and more. Set at Australia’s Royal Melbourne, one of the game’s greatest layouts, player/captain Tiger Woods keyed a final-day comeback to lift the United States team to a two-point victory over the International team, which was seeking its first victory since 1998.  It was Woods’ first turn as captain of a U.S. cup team and it followed his unforgettable victory in the Masters eight months earlier. The video images of Woods and his teammates in full celebration mode leaving Royal Melbourne after the final matches practically glows with joy. With the U.S. trailing by two points entering the Sunday singles, Woods kickstarted the American comeback by beating Abraham Ancer, 3 and 2, in the first match, keying a rally in which the U.S. team won six of the 12 matches and tied four others. As for Woods, he went 3-0 during the week, the only player to be unbeaten and untied in the competition.

Three years later, and the Presidents Cup returns in September at Quail Hollow Club in Charlotte, N.C. Record numbers of tickets and hospitality packages have been sold in anticipation of the biennial competition. “I struggle to think of a better place to hold a team event like this,” International team captain Trevor Immelman said. Pushed back one year due to the pandemic, the Presidents Cup lands at a place familiar to PGA TOUR fans, Quail Hollow having hosted the Wells Fargo Championship since 2003, while also hosting the 2017 PGA Championship won by Justin Thomas. The event also comes with a familiar storyline. Since its inception in 1994, the Presidents Cup has been dominated by the American side. The International Team seems to be closing the gap by forcing the U.S. to come from behind to win in Australia in 2020. The last two played on international soil have been close—the U.S. won by two points in Australia and by one point in South Korea in 2015—but the competition has been more lopsided on American soil. The U.S. won by eight points, 19-11, at Liberty National in2017, by three points (18.5-15-5) at Muirfield Village in 2013 and by five points (19.5-14.5) at Harding Park in 2009.

For Immelman, the task is clear: Build on the team vibe created and cultivated by 2019 captain Ernie Els while finding a way to finally push the International team to victory. “We understand what a huge mountain we have to climb,” Immelman said. “The American team showed (at the 2021 Ryder Cup) exactly what their potential is, playing some really fantastic golf, and they’re going to have a lot of confidence and the crowd behind them here. “That’s what gets you excited as a competitor, to have that opportunity to go up against the best, so it’s going to be a lot of fun. Can’t wait.”

For U.S. captain Davis Love III, it’s taking the American team model that has been developed in recent years and putting it into practice. Having captained two Ryder Cup teams, Love had not expected to be in charge of the Presidents Cup team until others decided he was the perfect pick because he was born in Charlotte and attended the University of North Carolina. He has been part of the U.S team six times including the inaugural event in 1994. Love got the call informing him he had been chosen from Woods, who was asked by Commissioner Jay Monahan to deliver the news. “That was a way cool way to do it,” Love said.

At Quail Hollow, the matches will be played on a course set up for potential drama. Its famous three-hole finish—nicknamed ‘the Green Mile’—will play a prominent role with the routing changed to assure more action in that part of the course. Under the revised routing, the par-4 16th, the watery par-3 17th and the demanding par-4 18th will play as the 13th, 14th and 15th holes. Should the matches go beyond there, they will finish on the 10th, 11th and ninth holes, which will play as 16, 17 and 18. “I think it was a brilliant idea to put those three holes in the meat of the back nine. I one hundred percent foresee a couple of those holes you can win with a par, no problem. It’s going to be great stuff,” Immelman said. “There’s just nowhere to hide on those holes.” All the better for another memorable story to unfold.