The final event of the 2021-22 PGA TOUR is the TOUR Championship, hosted at the East Lake Golf Club in Atlanta from August 25th-28th. The culmination of a year-long programme with 44 events, the TOUR Championship presents the 30 top players in the FedEx Cup standings, so this is one of the strongest fields of the entire season.

But Will Zalatoris will miss out on the chance to challenge for FedExCup victory after withdrawing from the season-ending TOUR Championship due to a back injury.

While originally followed by the PGA TOUR Fall Series (for those competing for qualifying exemptions in the following season), a re-alignment of the PGA TOUR’s season schedule in 2013 made the TOUR Championship the final event of the season.

From 1987 to 1996, several courses hosted the event, but from 1997, the event alternated between Champions Golf Club in Houston and East Lake Golf Club in Atlanta. East Lake has been the event’s permanent home since 2004.

The event is unusual for several reasons, not only the quality of the players. It starts with handicapped scores, and has one of the largest purses on offer at $75 million, remarkable even in a series of events in which millions of dollars has already been handed out.

The winner of the TOUR Championship will take home an $18 million prize, three million more than last year’s total. The rest of the $75 million bonus is distributed around the rest of the field, with every player is guaranteed a minimum of $500k just for qualifying.

Also up for grabs is the Calamity Jane, a sterling silver replica of Bobby Jones’s original “Calamity Jane” putter, that has been presented to the winner of the TOUR Championship since 2005. In 2017, it was made the official trophy for the tournament. Each winner before 2005 has been awarded one retrospectively.

The TOUR Championship’s handicap system is designed to reward players’ performance in the FedEx Cup. Before the system was introduced in 2019, the TOUR Championship winner was not necessarily the FedEx Cup champion, so there were some difficulties in making the awards at the end of the event. With the handicapping system in place, the winner of the final event of the season also becomes the FedEx Cup champion or the season, eliminating and inconsistencies.

As PGA Tour commissioner Jay Monahan said when the new format was unveiled, “As soon as the TOUR Championship begins, any fan, no matter if they’ve followed the PGA TOUR all season or are just tuning in for the final event, can immediately understand what’s going on and what’s at stake for every single player in the field. Of course, players will know exactly where they stand at all times while in play, which will ratchet up the drama, consequence and volatility of the competition down the stretch.”

Last season, Patrick Cantlay began the week at the top of the leaderboard, holding off an aggressive Jon Rahm to claim both the TOUR Championship and FedEx Cup titles.

See also: The Top Five Players to Look Out For in 2023 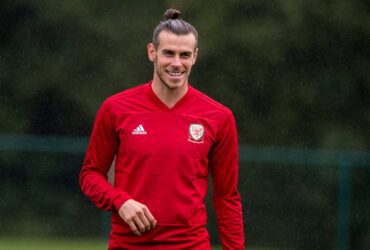