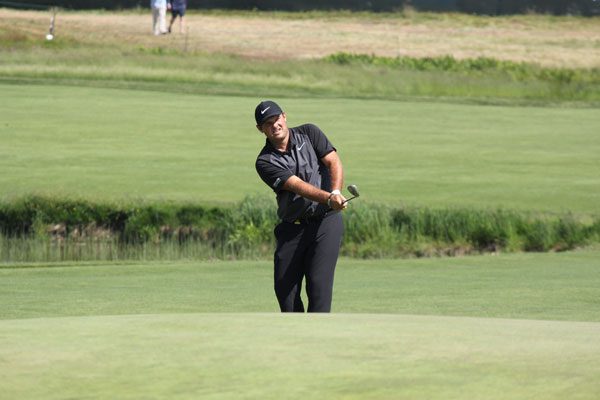 Tiger Woods confirmed his Masters comeback with a one-under-par 71 as the five-time champion contested the Masters in what he described as an “electric” atmosphere at Augusta.

After suffering life-threatening injuries in a car accident over a year ago, Tiger Woods, 46, confirmed in Tuesday that he would play in the Masters, but even the most optimistic commentators didn’t expect his electrifying performance. By the end of Thursday’s play he was chasing South Korea’s Im Sung-jae, runner-up in 2020, who was leading with a five-under 67.

“There is a long way to go, it is a marathon, but it is nice to get off to a positive start,” said Tiger Woods after playing his first competitive round in over 500 days. He described his performance as feeling like a victory, saying: “To see where I’ve been, to get from there to here, it was no easy task. I’m very lucky to have this opportunity to be able to play, and not only that, to play in the Masters and to have this type of reception. I mean, the place was electric.”

After opening play was delayed by half an hour by bad weather overnight, the action started with windy conditions making way for a sunny afternoon of play. Im Sung-Jae, 24, began with three birdies and ended with 32 on the front nine. He ended one shot ahead of Australian Cameron Smith, who scored a four under par 68.

There was no doubt though that all eyes were on Tiger Woods, whose return after his 75 mph can accident put paid to speculation that he may never be able to play competitively again. As recently as February he was saying that he did not think he would be fit enough to take on the hilly Augusta course. Huge crowds watched him in practice on Monday, and practice partners Justin Thomas and Fred Couples had praised the level of Woods’ game. Only the physical effort of getting around the 72 holes seemed to stand in Wood’s way.

“I hadn’t played in an atmosphere like this since 2019 when I won because in 2020 we had Covid and we had no-one here, and I didn’t play last year,” said Woods. “So to have the patrons fully out and to have that type of energy out there was awesome to feel.”

So could Tiger Woods actually win the Masters? Although it would mark perhaps the greatest sporting comeback of all time, at this stage no-one would be betting against it.