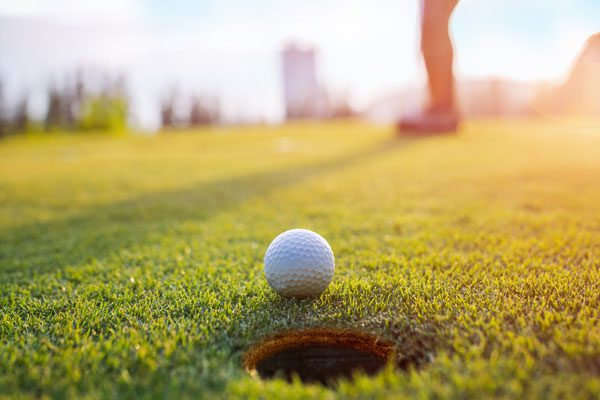 Golfing legend Jack Nicklaus has sent Scottie Scheffler heartfelt congratulations on becoming the number one golfer in the world and added that it seemed as if it was “old news to your Dad”.

Nicklaus was referencing the emotional embrace Scottie and his father shared after claiming victory for the third time in the last five PGA TOUR events he has competed in. In doing so, Scheffler overtook Spaniard Jon Rahm and is now officially the best golfer on the planet.

“You’re pretty good at golf, man,” Scheffler Snr said before giving his son a bear hug. “I’m more proud of who you are than your golf. You’re a wonderful young man”.

See also: All Eyes on Tiger Woods as he Chases Masters Win

Nicklaus said: “Growing up, many of us—especially me!—thought the world revolved around our parents.

“So on the day that Scheffler moved atop the world of golf, it was fitting the best moment was shared with his parents and punctuated with his father’s words.”

Scheffler is now alone at the top of the FedEx Cup standings after an entertaining battle with Kevin Kisner in the final of the WGC Match Play.

Scheffler reached the final after emerging from the group of Matthew Fitzpatrick, Tommy Fleetwood and Ian Poulter.

Scheffler then beat Seamus Power in the quarter-finals before overcoming Dustin Johnson 3&1 in the semi-finals at Austin Country Club.

Losing in the final means Kisner joins Tiger Woods and Gregg Ogilvy as the only players to have reached the final three times since the tournament began in 1999. His WGC record now stands at 23-6-1.

Following his victory, Scheffler was asked by the media about becoming the number one player in the world: “It’s not something that I didn’t want to achieve or didn’t believe that I could do.

“It’s just I grew up at Royal Oaks. I grew up wearing long pants to go practice because I wanted to be a professional golfer.

Scheffler never dreamed of being the world’s number one. He said on Sunday night that he never got that far in his dreams. His goal was to be a golfer for a living and make it to the PGA TOUR. That was his dream.

“Maybe y’all’s expectations of me [will change],” he went on to say to reporters on Sunday night.

“I don’t place too many expectations on myself. Like I said, I just like being out here and competing. I’m fortunate to have the opportunity to do that, and I look forward to doing it as long as I can.

“The rankings never really crossed my mind. It was always just about being out here and competing.
Twenty-three out of the last 25 players who have reached world number one spent over a year in the top 10 before reaching the number one spot. Tiger Woods was the exception, having only taken nine weeks. Scheffler has achieved in a mere six weeks.

Scheffler is currently among the favorite for the Masters at Augusta this week, and you will find him around 16/1 to win the tournament.

There is no other player in the world right now in better form. Along with Scheffler’s three wins in his previous five starts, he has a 7th and a 55th place finish. Since early October, Scheffler hasn’t missed a cut and is 113 under par over 176 holes with three other top fives (second, second and fourth).

In his first two appearances at Augusta, Scheffler has gone seven under par over 128 holes with an 18th and a 19th place finish.

Scottie Scheffler is a simple man and a grateful man. He is also a man that is very good at golf, and that is a recipe that certainly seems to be working well for the Texan.

See also: J.J. Spaun’s Shock Win at Texas Open Was the Last Chance to Make it to Augusta