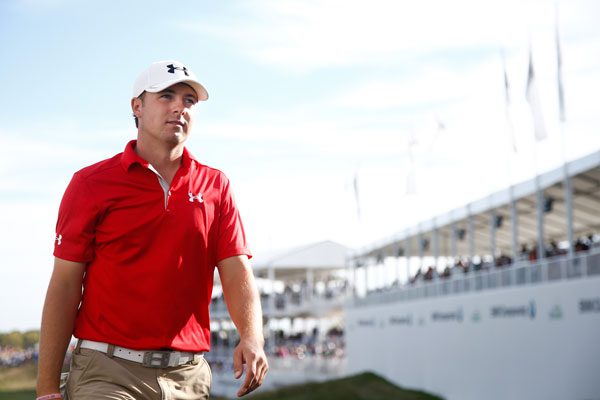 Jordan Spieth: What Happened With His Fall in the World Rankings?

Four-time major winner Brooks Koepka injury reveal highlighted his struggles and he admitted he may never play to his full potential again.

Fresh from losing the world number one ranking to Rory McIlroy ahead of the Genesis Invitational at Riviera Country Club, Koepka had a more alarming update during the PGA Tour event in which he finished in a tie for 43rd on even par for the week.

Koepka knee injury was more severe than we knew

Koepka revealed in an interview with the Golf Channel that his knee, which he underwent surgery on at the end of the 2019 PGA Tour season, may never been the same again – and that all of the information previously provided had been played down somewhat.

“It was a lot worse than we let on,” Koepka said in the Golf Channel interview. “A lot of pain. I’m nowhere near 100 percent, I don’t know if my knee will ever be 100 percent. It’s one of those things where I’m just trying every day.

“To be honest with you, Monday [at Riviera] was the most pain I’ve had since I tore it. You have good days and you have bad days and you’ve just got to really watch it. Now it feels stable though.

“I don’t feel like my knee, when I’m walking, it’s going to go out to the left or go inside on me. It feels stable. It’s just strengthening things. But yeah, there’s still pain there.”

In the Koepka injury reveal he explained he underwent stem cell surgery on his right knee during the PGA Tour off-season following his tied third position finish in the Tour Championship in August.

He returned without feeling any ill-effects in the Shriners Hospitals for Children Open, although he did play just two rounds as he missed the cut.

The American was then forced to pull out of his defence of the CJ Cup in South Korea in mid-October after just two of the four rounds due to a troublesome knee, before missing the United States’ victory in the Presidents Cup in Australia in December.

He made a successful return to action in the Abu Dhabi HSBC Championship as he finished in a share of 34th place, 11 shots adrift of winner Lee Westwood, and was then 17th in the Saudi International, eight shots behind Graeme McDowell.

His first PGA Tour appearance of the season came in the Genesis Invitational at Riviera, and having detailed the struggles with the knee Koepka has opted to take a week off and miss the WGC-Mexico Championship this week.

Koepka will sit out the event along with the likes of Tiger Woods, Rickie Fowler, Jason Day and Henrik Stenson, but has committed to return to action in the Honda Classic at PGA National the following week as the Florida Swing of the PGA Tour season gets underway.