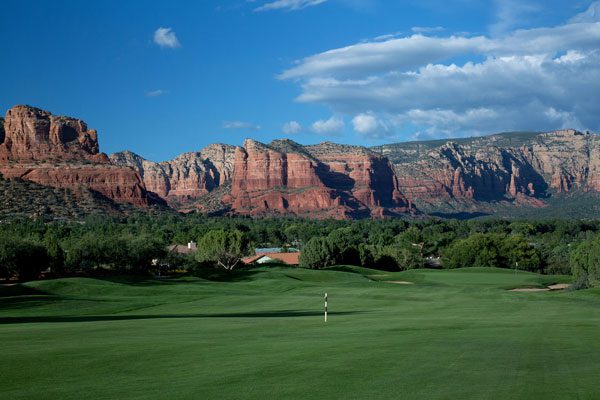 When it comes to vacation time with golf in mind, many of us head for Florida, where the game is almost a religion. The Sunshine State is home to some of the most cherished venues in the world, such as THE PLAYERS Stadium Course at TPC Sawgrass and its famous 17th hole, where the PGA TOUR’s the players Championship takes place in March. And just 20 minutes down the road you’ll find the World Golf Hall of Fame & Museum, which is part of a larger complex, World Golf Village, a golf vacation destination in historic St. Augustine, just south of Jacksonville on Florida’s northeast coastline.

The World Golf Hall of Fame is the centerpiece of this small resort, where there are hotels, the famous Caddyshack restaurant, two world-class courses, and the beach is just minutes away.

At the museumthe Locker Room exhibits are a highlight, giving people a glimpse into a professional golfer’s life, outside of the competitive arena. People know about Jack Nicklaus’ major championship record—18 wins—but they learn about his passion for fly fishingand that he was actually the Honorary Chairman of the Fly Fishing Federation. So the Hall of Fame aims to give people an insight behind the curtain of the lives of these players.

The King & Bear is the only course in the world that has been co-designed by Arnold Palmer and Jack Nicklaus. It offers a mixture of two different design styles. The front nine is open and linksy and gives a nod to the heritage of the historic city of St. Augustine. The back nine is more traditional Florida golf fringed with loblolly pines, 200-year-old oak trees, indigenous coquina rock and numerous water features. At 7,279 yards, it’s a “driver’s” course, which should come as no surprise, as both Palmer and Nicklaus wielded awesome power games in their prime.

The Slammer & Squire course was designed by architect Bobby Weed along with Snead and Sarazen. These men shared a desire to build a course that rewards good shotmaking while preserving the area’s natural beauty. What developed is a well-groomed course that showcases the unspoiled wooded areas, wetlands and natural beauty. The layout is open with several contoured greens. A few water hazards come into play, but the views of the Hall of Fame will overshadow any challenges you may face.

Several tempting packages are offered, including the opportunity for an instruction experience at the PGA TOUR Golf Academy.

No keen golfers taking a vacation at the World Golf Village would want to miss the chance to visit THE PLAYERS Stadium Course, a convenient 25-minute drive from The Village.

THE PLAYERS Stadium Course at TPC Sawgrass was built to host THE PLAYERS Championship, played there since 1982. As the first tournament site constructed to improve the overall on-site fan experience, it has become one of the world’s most familiar courses.

Golf course architect Pete Dye—with help from his wife, Alice, and former TOUR Commissioner Deane Beman—created a design that favored no particular  style of play. The result is a truly balanced course. Players find a selection of short, medium and long holes; both right and left doglegs; and a course routing laid out so no two consecutive holes ever play in the same direction. With its signature island green on the par-3, 17th hole being one of the most recognized in golf, this legendary track has captured the imagination of golf fans all over the world and is consistently named among the world’s top courses. While the 17th hole gets a lot of attention, the 18th—a 462-yard, par 4 guarded by water down the left side—is a formidable finishing hole.

You can book a stay-and-play golf vacation at TPC Sawgrass—giving you the chance to play championship courses including the Stadium—or you could time your visit to enjoy the spectacle of THE PLAYERS Championship itself, March 14-17, 2019.