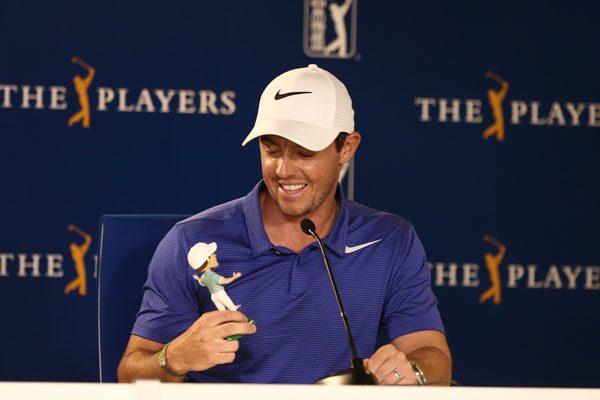 Rory McIlroy has spoken out in defence of his friend Phil Mickelson following his comments about the proposed Saudi-backed Golf League and the PGA TOUR and wants the golfing world to forgive the six-time major champion.

Mickelson is currently taking a break from competitive golf after admitting using the threat of the Saudi Golf League to “reshape” how the PGA TOUR operates and stating the PGA TOUR is run like a ‘dictatorship.”

The comments have resulted in Mickelson being dropped by several of his sponsors, and he has since apologised for his ill-advised comments. However, he is still insistent that the way the game is run needs to change and reiterated his praise for what he calls the “visionaries” he has spent time with who are working on putting together the rival league.

McIlroy was quick to comment at the time, referring to Mickelson’s comments as “egotistical and ignorant”, but ahead of the Arnold Palmer Invitational this week, the Northern Irishman said he hopes people can and will now “move on” from the situation.

“Look, Phil will be back. I think the players want to see him back. He’s done such a wonderful job for the game of golf, and he’s represented the game of golf very, very well for the entirety of his career.

“Hopefully, he comes back at some stage, and he will, and people will welcome him back and be glad that he is back.”

McIlroy is one of the favourites at Bay Hill this week, a venue where he always performs well. He won here in 2018 and has finished in the top ten in his last five outings here. It is a course he enjoys playing and is well suited to his game.

“It’s one of those courses that I don’t feel like I have to do anything special to compete; I can play within myself,” McIlroy said. “You take care of the par-fives here. You play conservatively the rest of the way, especially how the golf course here has been set up the past few years.

“You play for your pars, and then you try to pick off birdies on the par-fives and some of the easier holes. If you just keep doing that day after day, you’re going to find yourself around the top of the leaderboard. It has been a course that’s fit my eye from the first time I played here, and just one of those courses that I enjoy coming back to and feel like I can contend at.”

“Everyone has seen the five metrics that go into it and how everyone ranked in those metrics. I feel like it’s a pretty self-explanatory system. That’s how the numbers sort of rolled out. It’s certainly not something that I’m checking up on every week to see where I’m at, but I think it went the way most of us expected it to go.”

Tiger Woods won the inaugural Player Impact Program despite not competing in any official tournament for over a year, winning the $8 million first prize.

PIP which awarded a combined total of $40 million to the top ten finishers, was implemented last year, effectively as a reward scheme for players who positively “move the needle” and generate the most positive interest in the PGA TOUR.