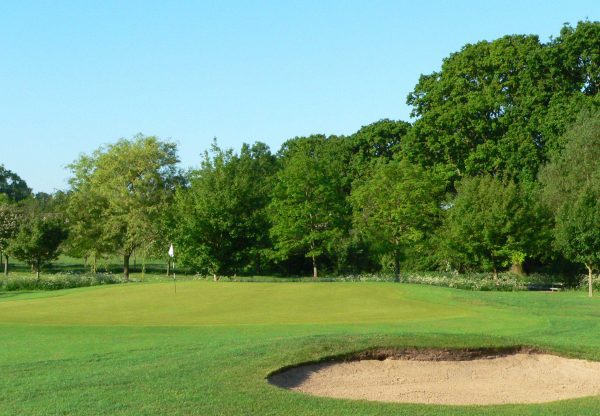 February 2019 brings the World Golf Championships-Mexico Championship taking place (February 21-24) at Club de Golf Chapultepec, Mexico City. The 2018 winner, Phil Mickelson, will defend the title he won in a playoff over Justin Thomas. The championship venue is located a few miles from downtown Mexico City. Club de Golf Chapultepec one of the city’s most popular courses  is also one of the oldest having opened in 1921.

This popular event that attracts a great number of fans, and many return annually to enjoy vacations at the country’s numerous golf resorts.

Trending as many are toward short courses, Las Huertas Golf & Beach Club on the Riviera Nayarit offers a highly attractive nine-hole par-32 course (1,953 yards) that will be new to many. The course is surrounded by orchards of mangos, grapefruits, cashew nut, cinnamon, tamarind, black pepper and guanabana trees. Each Sunday the Club organizes tournaments that are open to the public, based on lowest score (you need to have a handicap), closest to the pin and longest drive. Entry fee is 1,350 pesos ($75) and includes motorized or hand cart and prices for 18 holes (and a chicken fajitas lunch). We’re advised to make reservations, as space is limited to 36 players. Sounds like fun!

For nearby accommodations, check out Hotel Cielo Rojo, which is also just three blocks from the beach, a strand that comes recommended for swimming and surfing, and even some whale watching (December to April).

Drive south a short distance on the coastal route (200) and you arrive in Punta Mita. If safety is a concern when choosing your vacation destination, Punta Mita is an exclusive gated community in the northernmost point of Banderas Bay. This is a resort area of luxury, charm, and indeed opulence, with central attractions being the St. Regis Punta Mita, a hotel with laid back high-class style and impeccable service. There are three pools (including one for families, and one for adults, which is open 24/7); watersports; excursions; tennis courts; a 10,000 sq ft spa and all manner of activities, from guacamole-making classes to bike tours. For your golf passion, there are two Jack Nicklaus-designed courses in Punta Mita, which are accessible from the property.

Close by is also the Four Seasons resort, offering all the luxuries and vacation experiences that meet our expectations of 5-star resort hotels.

For your golf experience in Punta Mita, it’s the Jack Nicklaus signature Pacifico Golf Course that beckons. The par-72 course (7,014 yards), which opened in 1999, covers 200 acres with a view of the Pacific Ocean from each hole, and featuring wide fairways and ample greens.

The second Golden Bear-designed par-72 course (7,035 yards) is the Bahía Course. The approach shot of the 462-yard, par-4 15th hole gives players panoramic views of Bahía de Banderas. There are five holes that play right alongside the Pacific Ocean. Punta Mita’s famed El Faro surf spot is a short distance away from where surfers and anyone looking seaward can watch evening descend as the sun sets over the Pacific Ocean.

On the east coast of Mexico the sun rises every day out of the eastern horizon of the Caribbean Sea, and playing golf on the Mayan Trail is one of the great attractions of this region. The area stretches for about 75 miles from Cancún down to the Mayan ruins of Tulum. The many spectacular courses extend from Cancún towards the Riviera Maya, including a course on the island of Cozumel, each of them designed by recognized architects such as Jack Nicklaus, Greg Norman, Robert Trent Jones Jr., P.B. Dye, Tom Fazio, Tom Weiskopf and Robert von Hagge. Here we are indeed spoilled for choice, so what follows is just a small selection.

In the heart of the Riviera Maya, Grand Coral Golf Club has as a Nick Price-designed par 71, 18-hole course (7,043 yards) that golfers of all levels of ability will enjoy for its setting and challenges.

Just 10 minutes from Cancún International Airport, the Moon Spa & Golf Club is the only 27-hole signature course in the Mexican Caribbean designed by Jack Nicklaus. This offers three nine holes par 36 called: Dunes, Jungle and Lakes, and each gives players three completely different scenarios. The Club is part of the Moon Palace resorts group which also has properties in Jamaica.

El Camaleón Golf Course at the Mayakoba Resort is Greg Norman’s first design in Mexico. The 7,024-yard layout is the home site of the Mayakoba Golf Classic, the first PGA TOUR event to be played outside the U.S. and Canada. The par-72 course tracks through three distinct landscapes—mangroves, jungle and oceanfront stretches. The clubhouse that overlooks the 18th green features a fine dining restaurant with great views of the course.

On the Riviera Maya, the Iberostar Playa Paraiso Golf Club has a course designed (2005) by P.B. Dye—a designer who says he’s been “moving dirt for as long as I can remember,” with a golf course design ability that’s led to him being referred to as a natural-born wizard on a tractor (and whose car sticker reads “My other car is a bulldozer.”). The 18-hole 6,700-yard course offers good challenges with extreme vertical movement, undulating greens, and is also noted for the craftsmanship of the hand laid stone work. Conveniently nearby is the Iberostar Grand Hotel Paraiso, which offers free golf to guests.

The first course to open in Cancún (1976) was designed by Robert Trent Jones Jr. Apart from the attraction of the course itself, which is at the Cancún Golf Club, Pok Ta Pokis (which means “ballgame”),  the added attraction is the rich history of the terrain surrounding the clubhouse, with its archaeological treasures of the ancient Maya. And RTJ’s course also borders some truly spectacular scenery, with five­­­­­ of the 18 holes running beside the Nichupte Lagoon and the Caribbean Sea. The Club is 20 minutes from Benito Juarez International Airport and 20 minutes from downtown Cancún.

The Riviera Maya region itself is little more than four hours by plane from New York or around 2½ hours from Dallas.

This article first appeared in the PGA TOUR December 2018-May 2019 issue. The full edition can be read here.