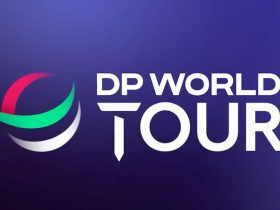 Chile’s Mito Pereira is set to join the LIV Golf League as part of the full 2023 roster to be revealed next week, according to a report by The Telegraph.

The World No.44 on the Official PGA TOUR World Rankings is expected to join the breakaway tour featuring countryman Joaquin Niemann and fellow Latin American Players including Abraham Ancer and Carlos Ortiz.

The 22-year-old Chilean, who is a rising star in the world of golf, came close to securing his first major triumph in the 2022 PGA Championship, which saw him end the tournament in T3. He also held the lead entering the weekend at the Shriners Children’s Open but finished that weekend in fourth.

Rumors emerged of Pereira potentially entering LIV Golf in August 2022 however he stuck with the PGA TOUR and was a part of the International Team at the 2022 Presidents Cup.

Speaking to Chilean newspaper La Tercera last month, Joaquin Niemann said: “I would love to bring him, I’m doing everything possible, but in the end it’s his decision.”

The Saudi-funded golf tour will resume on February 23rd at Mayakoba Golf Resort in Mexico and tee off a 14-tournament season, with 48 players competing for the honors and prize money, with the prize fund at each LIV event confirmed at $25 million.

Some of the most well-renowned golfers already confirmed on the roster include Cameron Smith, Phil Mickelson, Dustin Johnson, and Bryson DeChambeau. As a result, in the past few months, the men’s game has experienced a stiff, heated divide between players on the PGA TOUR and players involved in LIV Golf.

There is speculation that another big name will soon be revealed to have made the swap with the likes of Patrick Cantlay and Hideki Matsuyama rumored to be key targets.

SEE ALSO: LIV Players Will be Eligible to Take Part in The Masters