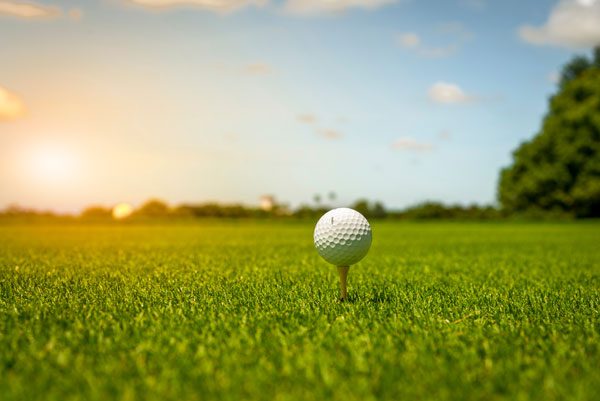 It was a bizarre situation; Thomas Pieters did not receive a free drop from the same sprinkler head as Bryson DeChambeau did.

Gary Young, PGA TOUR Chief Referee, has explained the bizarre incident at the WGC-Dell Technologies Match Play on Wednesday, stating: “There was nothing we could do to fix the Thomas Pieters situation.”

The incident occurred on the 13th hole at Austin Country Club, leaving spectators and viewers perplexed. Thomas Pieters’ second shot found a sprinkler head positioned between the lake and the green.

Under normal circumstances, this would entitle the player to a free drop, but in this instance, the sprinkler head was touching a red line marking the penalty area. Following consultation with a PGA TOUR official, Pieters was visibly frustrated to be denied the free drop.

If Pieters’s denial of a free drop wasn’t controversial enough, only a couple of hours later, DeChambeau put his ball into precisely the same sprinkler head. This time the outcome was very different for Pieters only hours earlier. Rules officials spray painted the grass over the sprinkler head, removing the red line, and Dechambeau was granted a free drop.

However, PGA TOUR referee Gary Young has explained what occurred on Wednesday. “So I imagine the question is why did we have a situation with Thomas Pieters earlier during his match where he was denied relief from a sprinkler head that was just outside the penalty area, and then later in a match with Bryson DeChambeau, he was granted relief from that same situation.

“Obviously match play, each match is its own individual story; let’s call it that. To me, two wrongs don’t make a right. To make the correction before Bryson’s match got there was important.

“Obviously, the intention was to keep them all outside. But when he was looking at it, he ruled on it based on the fact that that red line was technically touching both the ball and the sprinkler head. At that time, I don’t want to say he ruled incorrectly because I think he ruled based on what he was looking at.

“It then got brought to our attention. We talked about it as a committee and felt very firmly two wrongs don’t make a right. We’ve got to correct this because clearly, it should be outside.

“As they were on their way down there with some paint to correct the line, Bryson’s situation came up. He called me on the phone and asked — he said, I’ve got the same situation. Now that I know the intention was to have it outside the penalty area, are you comfortable with me ruling on it that way, and I said, yes, I want you to rule on it that way because we’re about to change the marking on it.

“There was nothing we could do to fix the Thomas Pieters situation. It was over with. But just to get it right was important.”

The decision to grant any player the drop had “already been made prior to his ball getting there,” according to Young and that officials had already made the decision “, and they were getting the paint to the location.”

While they were getting the paint to the area, “a call came from the official: I’ve got the exact same situation again; how do you want me to handle this. And I said, you’ve got to rule on it now; now that you know our intention was to keep the ball in the general area, please rule on it that way.

“Again, it’s the great part of the fact that this is match play, and we can make those changes because each individual match you can change something like that. If it was a stroke-play event, we would have had to keep it that way through the entire day until all competitors finished their round and then make the change. But because of match play, we did it in between.

“I don’t want to say that (it was a painting error) because obviously, an error would have been to purposely paint and hit that thing and have it in there. It was just, again, windy conditions when you’re marking the golf course. Anyone that’s ever done it, it’s blowing around on you out there in the wind, and I think the wind just caused it to get a little close, and quite honestly, we should have picked up on that as a committee.”