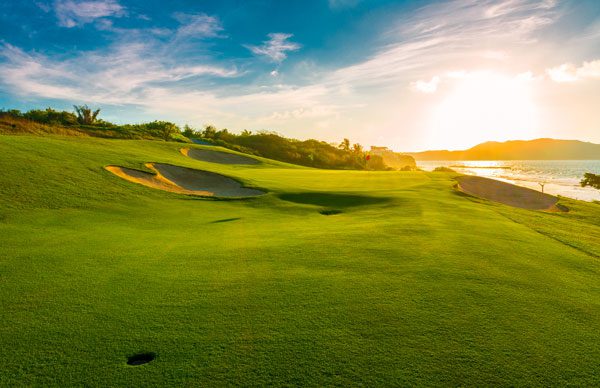 Paphangkorn “Patty” Tavatanakit began competing on the LPGA in January 2020. Two years on from her arrival, it’s time we got to know Patty a little better and learn the reasons behind her now-famous warm-up routines.

Tavatanakit won her one, and so far, only LPGA Tour tournament at the 201 ANA Inspiration, one of the four majors in women’s golf. She was named the Louise Suggs Rolex Rookie of the Year for the LPGA Tour, 2021, in October.

We already know that Patty Tavatanakit has a major to her name and is a very exciting young golfer, but what else do we know about her?

Paphangkorn Tavatanakit was born in Bangkok, Thailand, on the 11th of October 1999. Patty attended Keerapat International School in Bangkok, where she discovered a love for and began playing golf, despite the school not having a golf team.

The Thai golfer was victorious in the Callaway Junior World Golf Championship for girls in 2014. She was named the 2015-16 Thailand Amateur Ladies Golf Association Player of the Year after winning the Junior Golf Association Rolex Tournament of Champions and the Ping Invitational.

Patty recorded the highest finish to date from an amateur at the 2018 USWomen’ss Open, tying for 5th.

In 2019 Patty turned professional and joined the Symetra Tour.

Patty only played eight times on the Symetra Tour, winning three times – before joining the LPGA Tour in January 2020. Her three victories earned Patty the Gaelle Trust Rookie of the Year award for her incredible start to professional golf.

After her three victories on the Symetra Tour’s 2019 Race for the Card, Patty earned her LPGA Tour card. Impressive showings in her other outings led her to a second-place finish in the final standings.

Tavatanakit’ss first tournament after joining the LPGA was at the Gainbridge LPGA at Boca Rico.

It wasn’t until April 2021 till Tavatanakit managed to bank a winners cheque from the LPGA. Still, in securing the 2021 ANA Inspiration, she had her first LPGA Tour victory and a Major Championship.

In August 2021, Tavatanakit won the 2021 Rolex ANNIKA Major Award (RAMA), which recognizes the player who has the most outstanding overall record in all five major championships during the current LPGA Tour season.

Tavatanakit won the ANA Inspiration and had impressive outings at the KPMG Women’s PGA Championship, tying for fifth, and at the AIG Women’s Open, where she finished seventh.

Tivatanakit made an impressive 17 out of 19 cuts in the tournaments she played in 2021.

The long-hitting 22-year old has become a Youtube sensation with her unique warm-up routines on the range. She explained the thinking behind her moves recently.

“I’m really just trying to be creative and have some fun to get some feels. I mainly do this with just the wedges but also with the driver sometimes.

“I’m just being aware of where my body is every single day because you never know what you’re going to feel from one day to the next. Sometimes, when I feel like my sequencing is off, I might hit the driver at half speed.

“My warm-up can be different every day”, Tavatanakit said. “There is always a variety of feelings. I might take swing thoughts with me to the range during warm-ups, depending on what I’m working on. But it’s all about getting a feel.”