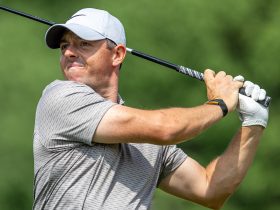 Magnificent McIlroy is On a Roll

Following on from Netflix’s hugely successful Formula One docuseries Drive to Survive, Netflix has announced a golf version is in the works under the same production team.

As things stand, we know very little about the upcoming production; it doesn’t even have a name yet, but Netflix has released the names of the PGA Tour stars that will be involved. In alphabetical order, the stars who have already committed are:

Tiger Woods, Phil Mickelson, Rory McIlroy, Jon Rahm, Patrick Reed, and Bryson DeChambeau are arguably the most prominent names yet to commit to allowing the Netflix team into their private lives if indeed they will.

Though the four majors have committed to being on board for the Netflix journey, we know that the PGA Tour will have no creative control over this project whatsoever.

What Can We Expect?

The hugely popular Drive to Survive series provides fascinating behind-the-scenes coverage and insight into the sport of Formula One and is compelling viewing for those who follow the sport closely and for others who don’t.

Chris Medland and Nate Saunders, Formula One writers who were heavily involved in the making of ‘Drive to Survive, discussed with some golfing press this week what we can expect.

“It’s brought a whole new fanbase to F1,” Nate said first of all.

Golf is already a hugely popular pastime in North America, Europe, Australia, and the Far East, so it may not bring as many new fans to the sport of golf as Drive to Survive has to Formula One, but the opportunity for golf fans to see the world’s best golfers laid bare is one that passionate and casual golf fans alike will be waiting for with keen anticipation.

“One of the best things about Drive to Survive was how it humanized the biggest names and gave us insight into the characters,” Nate explained.
“Before Drive to Survive, Lewis Hamilton was F1’s only genuine recognizable star, but it’s showed there are some incredible personalities across the sport.”

“It made people other than the drivers relatable too,” Chris added. “Which made for interesting additional storylines.”

“It captured genuine moments of animosity between Christian Horner and Toto Wolff, for example, which you don’t always see when they have played nice on camera,” Nate added.

Chris explained that the series might increase the popularity of some of the less recognizable stars of the sport: “For me, it was about getting people to connect with lesser-known stars in the sport. So they’ll be watching a race and find themselves rooting for a random driver in eighth place, and so on. Like golf, it’s not just about who wins.”

“While new fans loved it for that reason, for us who follow F1 closely, the series created rivals where rivalries didn’t exist,” Nate warned. “For example, if you watched the series, you’d think Max Verstappen and Daniel Ricciardo were arch-rivals, but to those of us in the know, there is no beef between them at all.

“A lot of people said the race director forced that finish – breaking the rules he was meant to implement – because F1 has become more about the entertainment factor than the integrity of the sport. So there has been some negative impact.

“For the new fanbase, that’s been great, but it’s a double-edged sword.”

There is currently no known launch date for the series; the likelihood is that PGA Tour and Netflix don’t have one yet, but filming started at the Hero World Challenge in December and, although unconfirmed, will likely continue through to the FedEx Playoffs in September, so expect to see this show some time from Autumn onwards.

See also: The Five Players to Watch Closely on the Champions Tour in 2022