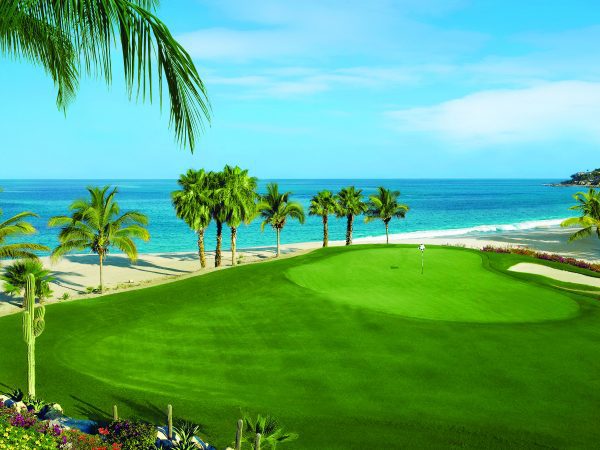 The Grand Canyon State, or Arizona Territory as it was once called, is also PGA TOUR territory, for it is to the Capital, Phoenix, that golf fans flock for the Waste Management Phoenix Open, TPC Scottsdale that takes place annually (January/early February).

The Stadium Course is an engaging 18-hole track skilfully designed by Jay Morrish and Tom Weiskopf to challenge both pro golfers and novices alike. Playing 7,261 yards from the championship tees, TPC Scottsdale’s Stadium Course is an exciting course featuring well-manicured fairways spotted with 72 strategically placed bunkers and with water coming into play on six holes. Perhaps the most famous of these is the par 3 17th, known for its raucous coliseum atmosphere during the tournament. This is always an exciting experience, whether watching your heroes playing in the tournament or following in their footsteps as you tee off for a memorable round.

The state of Arizona has over 300 golf courses that are as diverse and spectacular as its landscape. Golf is such an obsession, little wonder so many pro golfers have made their home here.

If golf plus a Grand Canyon visit is one your bucket list for this summer, there are some 550 golf hotels in the vicinity.

Sedona, about 90 miles north of Phoenix, has served as backdrop for more than 70 Westerns, with its crimson pinnacles and formations named for the objects they resemble: Coffee Pot Rock, Twin Nuns, Salt and Pepper Shaker. It’s a popular destination for golf vacations, with two public courses—Oakcreek Country Club and Sedona Golf Resort. Both lie on the south side of town, off State Route 179. Oakcreek, with its $2 million upgraded clubhouse, has a traditional Robert Trent Jones course (par 72, 6,824 yards) that’s open to the public. The fairways are classic tree-lined doglegs with fairway bunkers strategically placed in the landing areas, and the greens are all slightly elevated and surrounded with large swirling green-side bunkers. The course is “player friendly,” allowing plenty of room for error but always with an opportunity to recover and get errant shots back into play. Consisting of 145 acres, the course includes three lakes, with water coming into play on the front nine on holes 4, 6 and 7, and on the back nine the water comes into play twice on holes 10 and 18.

Just minutes from Oakcreek is the Sedona Golf Resort. Located in the heart of one of the most captivating regions of the Southwest, here you can experience a thrilling course designed by Gary Panks, who comments, “Perhaps no other golf course provides a better combination of dynamic vistas and challenging golf than Sedona Golf Resort. Located among one of the most scenic regions of the Southwest, the 6,650 yard par 71 golf course is widely considered among the world’s most unforgettable golf experiences. Winding around the famed red rocks of Sedona the Sedona Golf Resort continues to be a destination of choice for all golfers.”

The Resort is also said to be one of the most beautiful and romantic places in which to get married, making Sedona Golf Resort one of the most highly rated wedding venues.