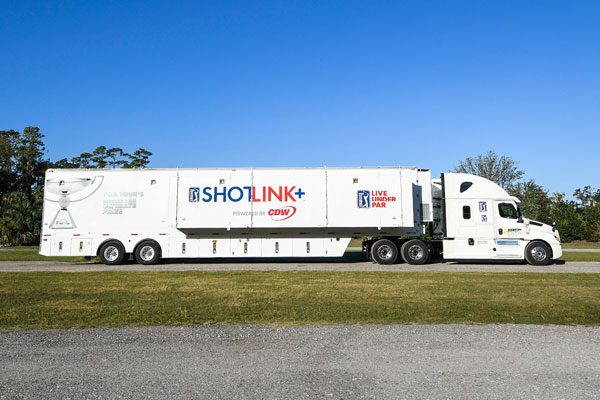 How ShotLink+ is Transforming Golf Data

Let’s face it, Rory Mcllroy is a phenomenal golfer who has had some rise in the sport. Players of his stature only come around once in a lifetime, and it’s no surprise that no matter the challenges the man encounters now and then in his career, he always comes back better, stronger, and with more trophies. McIlroy’s father, Gerry Mcllroy, was fortunate to discover his toddler son’s undying interest in golf and would have him tag along for practice sessions at the Holywood Golf Club, where he was a member. Golf formed a crucial component of McIlroy’s upbringing, and when his dad bought him a club of his own and taught him the perfect grip, young McIlroy went to bed with it and never let go.

When Gerry noticed that his son’s passion for golf wasn’t just a childhood fantasy that dies out after a while, he invited his club’s trainer Michael Bannon to guide the young star. As fate had it, Bannon and McIlroy would become one of the most formidable coach-golfer pairs on the planet, seeing that McIlroy has kept him as his coach to date. When they look back at the moment McIlroy won the Under 10 World Championship aged nine years and made his first mark on the world stage, they can only laugh at how far they have come.

As an amateur, McIlroy’s determination stood out from his peers, and he collected any silverware and accolade possible such as bagging the silver medal at the 2007 Open Championship. Later that year, he achieved his first world number 1 fete by reaching the top of the World Amateur Rankings. After going professional and being the youngest golfer to qualify for a European Tour card, Mcllroy hit the global stage running, determined to prove himself among the game’s greats and lift major trophies.

McIlroy’s career has been all about pushing limits and breaking records, such as in his maiden Major Championship win in the 2011 U.S. Open, where he set new records for shots under par and total shots. Additionally, he shot all four rounds under 70, becoming the third golfer to achieve that in a U.S. Open. The world took notice but wasn’t ready for the following year’s surprise when McIlroy became the World Number One after winning PGA Tour’s 2012 Honda Classic. The same year, the star won his second Major at the US PGA Championship and first Race to Dubai title after finishing strong at the D.P. World Tour Championship.

Since then, McIlroy has been competing at the game’s top level, and after securing two other Majors in 2014, he joined Jack Nicklaus and Tiger Woods as the only three golfers boasting four Major titles by age twenty-five worldwide. In the same year, 2014, Mcllroy won his second Race to Dubai title, a trophy he successfully defended in 2015 to establish himself as a powerhouse in European Golf.

McIlroy bagged his first FedEx Cup on the PGA TOUR in 2016 after winning the TOUR Championship playoffs and proved that he would also be going heavily after U.S. money. The star then solidified his place as a true king when he scooped the second FedEx Cup in 2019, becoming the second player to bag the coveted trophy multiple times. In 2021, Mcllroy earned life membership on the PGA Tour after winning the C.J. Cup at The Summit Club in Las Vegas, his 20th PGA Tour victory.

At the end of the 2022 season, Mcllroy has proven to the whole world why he deserves to be the World’s Number One golfer. The star flashed his fangs at the Masters tournament, where he was ravenously seeking to complete a career Grand Slam, but ended up finishing second. McIlroy, however, scooped his 21st PGA TOUR crown after winning the RBC Canadian Open title in June. The Northern Irishman had just started with his 2022 fireworks because, in August, he made history by becoming the first golfer to win the PGA TOUR’s FedEx Cup three times. As if that was not enough, Mcllroy regained his number one spot in the Official World Golf Ranking after winning the C.J. Cup in October. To end the year like a true legend, he showed magical skill display in the D.P. World Tour season finale and claimed a record fourth Race to Dubai title!

For a man who has ended 2022 as the European Number One, FedEx Cup winner, World Number One, and Race to Dubai title holder, all eyes are on Rory Mcllroy going into 2023 as he hungrily seeks to attain a career Grand Slam. McIlroy’s thirst for a fifth Major trophy will see him put his best foot forward and give us the most fantastic golf display ever seen. Nonetheless, what the 33-year-old has achieved is legendary, and we hope he continues to fly the golf flag higher.

SEE ALSO: Reading the Greens – How the Pros do it