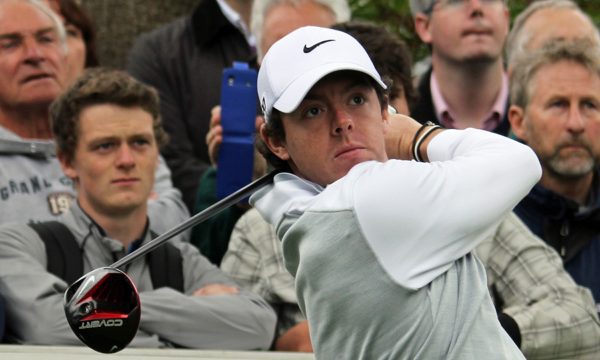 What a performance Russell Henley had at the 2022 Sony Open. He finished 23 under and was in the top three in the field in iron play, putting, and strokes gained from tee to green. He didn’t win the tournament, though. Hideki Matsuyama beat him with a weekend 63-63 and the best shot you are likely to see for a long time in a first hole play-off to secure the most exciting of his 8 PGA Tour victories to date.

Henley was five strokes clear going into the back nine on Sunday; his chances of winning the tournament were sitting at a whopping 97%, according to Data Golf. While nothing is ever certain in golf, Henley banking the winner’s cheque with nine to play looked a foregone conclusion.

Henley’s nerve and bottle remained intact; he didn’t have a poor nine holes; he played them in one over, touching the edge of the cup twice with putts in the final three holes. He was slightly unlucky, but his game wasn’t poor. He made at least two birdies or eagles in his previous seven, nine-hole stretches. He made none at all over the final nine on Sunday. On the other hand, Matsuyama played the final nine holes in four-under, including a birdie at the last, to take it to a play-off after tieing the tournament.

Henley drove his play-off tee-shot into a bunker but got out of trouble to make a birdie four at the par-5 18th, the first hole of the play-off. It was Matsuyama’s tournament to control by finding the green and two-putting and his tournament to win if he eagled. What followed was nothing short of incredible. He blistered a 3-wood into the blinding sunset from 276 yards to within 30 inches of the hole and confidently sunk his putt to win the event.

We are only a couple of tournaments into the season, but that 3-wood Matsuyama struck will most likely be revisited nearer the year’s end when we are talking about the shot of the year.

Russell Henley had a tremendous week trying to win a tournament he won back in 2013. He has three PGA Tour victories to his name and is a very underrated golfer. Despite not lifting the trophy at Wai’alae Country Club, he will play out the next few months with confidence and optimism after doing almost everything right in Hawaii last week.

The reigning Masters Champion is always a menace from tee to green though, and last week was no different; the difference was that he putted incredibly well. For the first time in his career, Matsuyama led the field in putting, gaining nearly half of his strokes on the greens. When a great iron player putts fantastically, it will always be a problem for the rest of the field.

Like Henley, Matsuyama has a very underrated resume. This was his eighth PGA Tour win and followed on from last years Masters and his famous triumph at the Zozo Championship in his native Japan in October. He has essentially been a top ten player now for seven years, banking over $37 million in his career to date.

In an era of superstars such as Dustin Johnson, John Rahm, Jordan Spieth, and Justin Thomas, the young man from Japan flies under the radar at times but make no mistake, he is a world-class golfer, and many more winners’ cheques will find their way into his pocket in the years to come. His win last week ties him with K.J. Choi for the most all-time PGA Tour victories by an Asian-born player, and he has reached eight in only 203 events. Choi played almost 500.

It wasn’t just a great week for Matsuyama; it was also an excellent week for the PGA Tour. Following a week where the scoring record was reset at the Tournament of Champions, two golfers who are far from the most recognised and celebrated on tour combined to shoot a best-ball 59 on Sunday, and we were lucky enough to witness one of the best shots on Tour in recent memory.

The Sony Open was a pleasant reminder that you never know when a tournament, even one that on paper looks run-of-the-mill, will deliver a finish to get the blood flowing and raise the excitement levels. What a great time it is to be a golf enthusiast.