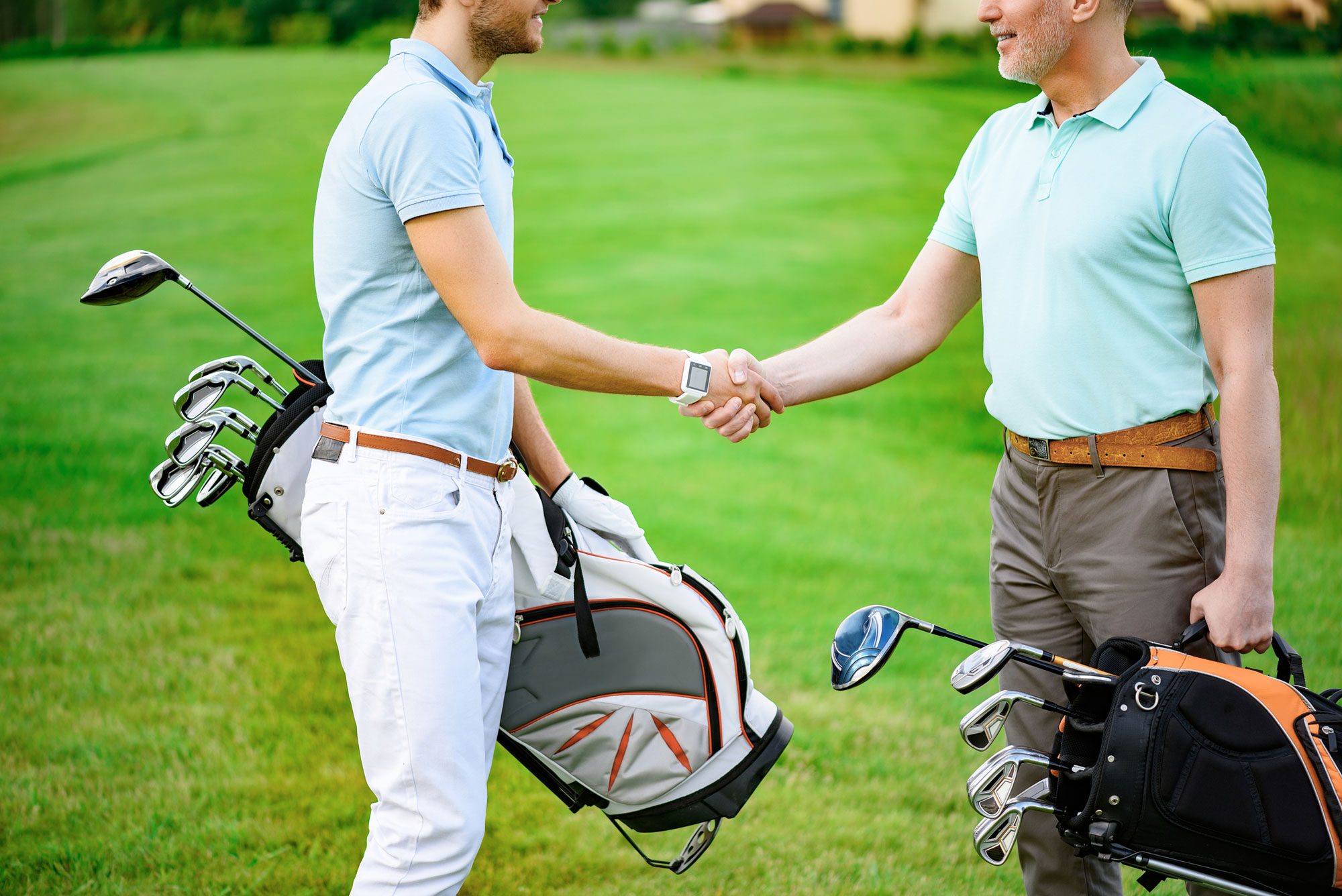 It all starts as a youngster’s love for the game. And then playing for fun becomes more ambitious, more competitive, with college tournament successes leading on to the burning question: could I make this my career and become a pro? In what follows, we track three young players who are set on following their dream to join the PGA TOUR.

Bryce Hendrix walked up the 18th fairway at The Club at Irish Creek in Kannapolis, North Carolina, in 2019. He held an insurmountable lead, and the University of North Carolina-Greensboro Spartans had wrapped up the team title at the Irish Creek Intercollegiate. Hendrix was on his way to a final-round 62 and an 11-stroke victory—you-read-it-correctly—over John Pak. At the time, Pak was a top-10 amateur in the world. Hendrix was not, but that 20-under performance certainly helped change his mindset.

“I always had that thought in my head that I always wanted to try,” Hendrix says about making professional golf his career. “I didn’t really have that confidence that I could do this until I played that college event at Irish Creek. After seeing I could do that and be that dominant for a week in how tough those conditions were, I was like, OK, I can actually do this, and I kept going from there.”

That was three years ago, and Hendrix continues to chase his dream of one day playing on the PGA TOUR. He took a big step toward reaching that goal in March in Dothan, Alabama, when Hendrix, 25, earned PGA TOUR-affiliated Tour status for the first time. He finished as a runner-up to at-thetime amateur Jacob Bridgeman and is now a card-carrying PGA TOUR Canada member, the season beginning in early June.

Hendrix has been at it for a while since graduating in 2019, while Bridgeman, 22, is starting his professional golf quest as a recent Clemson graduate. The native of Inman, South Carolina, earned PGA TOUR Canada membership with his medalist showing in Alabama. He’s since skipped a step, as he joined the Korn Ferry Tour, a reward for finishing as a top-five player (he was second) in the PGA TOUR University rankings at the conclusion of the college season.

Meanwhile, Max Marsico, at age 31, who played golf at the University of Pennsylvania, already had made it to the Korn Ferry Tour before injuries and a global pandemic sidelined him. In 2018, after tying for 27th at the Knoxville Open that season, he was 84th on the money list and in position to keep his card. At the same time, he began having issues with his injured wrist, and therefore missed the cut in his next six events, eventually missing the weekend in eight of nine tournaments. Marsico plummeted to 132nd on the money list and lost his playing privileges. He rehabbed his injury and didn’t play in 2019. Then the pandemic hit, sidelining him all of 2020, and he didn’t get out of the early stage of the Korn Ferry Tour Qualifying Tournament in 2021, leaving him without a place to play.

“I’ve had a lot of time for self-reflection, looking inward, at how to become a better player,” Marsico said of his time away from competition. “I’m just really excited to be able to walk out and have 11 PGA TOUR Canada events this year. I feel that over the course of a full season, my abilities will be able to show better than just a one-week sprint.” Yet it was his four-day performance outside Phoenix in early April—his sprint where he was the medalist at the Tour’s fourth Qualifying Tournament—that has provided him with his latest opportunity.

Now into his 30s, Marsico is realistic about what he faces heading into the PGA TOUR Canada season. “Certainly, monetarily I probably haven’t made the best career choice considering where I went to school and what I’ve accomplished compared to some of my classmates,” said the 2014 graduate of the renowned Wharton School of Business. “Yet I felt I could separate myself and accomplish something in golf that’s different than if I just went into the business world,” he explains. “I would probably be able to go into business and go full head of steam into it. I just felt that golf was a really unique opportunity for me.”

With that economics and finance degree, Marsico knows too well the costs associated with professional golf, something Hendrix already understands and Bridgeman is quickly learning.

“You have to do this with the end goal in mind. The end goal is to play on the PGA TOUR,” Bridgeman says, when discussing expenses. That week in Alabama, Bridgeman lost money, counting gas, his hotel, eating out and, of course, his entry fee. Spend money now to make money later is his, and everybody else’s, mantra.

Bridgeman speaks often to former Clemson players Turk Pettit, Bryson Nimmer and Doc Redman, who are at various stages of their pro careers. “They give some good advice on how it’s going and what their plans are—how they can lead me to what I should be doing,” Bridgeman continues.

Hendrix has a deal with a club company that provides him with free equipment, and he worked out an arrangement with the Country Club of North Carolina that gives him a place to play and practice. “They treat me wonderfully there. But, yeah, I’m definitely trying to find some more money because at this moment, I don’t have enough to pay for this summer.”

Marsico probably sums it up the best, explaining why he and players like Hendrix and Bridgeman do what they do despite the challenges: “I really love golf. I love playing. I love going to tournaments. You get to visit all these great places, and you’re working outside. I just always wanted to play golf.”