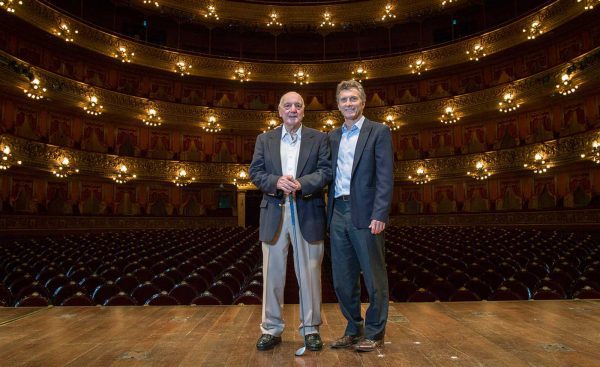 As the opening battle looms between the PGA TOUR and Greg Norman’s rival golf league, the Australian has spoken out, and he firmly believes he will be on the winning side of the war that we all now agree is unavoidable.

The Saudi-backed Golf Invitational Series that is threatening to shake the sport to its core is being spearheaded by Australian golfing legend Greg Norman who has been given more than AUD260m to play with. The funding has come from the PIF – the Saudi Arabian sovereign wealth fund.

The money Norman seems to have at his immediate disposal appears to be not much more than pocket money. Reports in February claimed the LIV Golf Investments firm running the Super Golf League has over $2.9 billion set aside to recruit the best players in the world to establish their tour as a legitimate body in golf.

Greg Norman has long since been at odds with the PGA TOUR, and his association with the Saudi breakaway league has distanced him even further from them.

It was almost 20 years ago that Norman first began to push for the concept of a World Golf Tour, something that had some momentum back in 1994 before the PGA Tour quashed it. Since then, there has been bad blood and ill-feeling between the PGA and Norman, with Norman stating recently that the PGA TOUR once told him he couldn’t play in the Australian Open.

“My Open! That p***ed me off. The hypocrisy was putrid. It still is,” he said to the media recently. “If someone wants to put up millions for the pros to compete, in a new exciting format, then why the hell shouldn’t they?

Norman has said his invitation to the Masters as a former winner arrived the night before the first round began last week; he typically receives it in January. He is more on the outer circles than ever before with the PGA TOUR due to his willingness to play with the Saudi money. He didn’t take the last-minute invite to Augusta that he received.

He admits the “criticisms have stung a bit”, but he will not be slowing down his efforts to get the rival tour up and running and says with a smile he “can take the blows.”

John Rahm and Rory McIlroy seemed to deliver near knock-out punches to the new league during the Genesis Invitational last month, with McIlroy stating that the new tour was “dead in the water” and Rahm leading a chorus of the world’s top players who have committed their futures to the US PGA TOUR.

Despite taking blow after blow before it has even reached the starting line, we will finally get to see what the series offers with the first tournament beginning in London on June 9th – the start of an eight-tournament series with a total prize pool of over $349 million.

The best golfers in the world have snubbed Norman, but the former World No 1. is not deterred and is confident they will come to change their mind once they witness the prize money being thrown around.

“Quite honestly, it doesn’t matter who plays; we’re going to put the event on,” Norman told the UK Media this week. “There’s a ($5.8 million) first prize. I hope a kid who’s 350th in the world wins. It’ll change his life, his family’s life.

“And then a few of our events will go by, and the top players will see someone winning ($8.06 million), ($10.76 million), and say ‘enough is enough, I know I can beat these guys week in week out with my hands tied behind my back.”

Norman says that discussions with plenty of big-name golfers are ongoing despite some high profile snubs. He also says it is time now to look ahead to the future instead of dwelling on the appalling human rights record Saudi Arabia has.

Norman has been keen to point out in recent weeks that he is not alone in engaging in what some call Sportswashing; the European Tour already has an event in the nation.

“The PGA Tour are not directly saying ‘sports washing’, but they’re having people say it for them.” Norman has said, “Yet it’s ok for them to go into China, with the Uyghurs? Seriously?

“Step back and take a really good, honest, hard look at the facts, and then you’ll see, ‘Hey, Greg Norman is not such an ogre after all. Greg Norman and his team of world-class individuals’.”

Norman has stated on many occasions that the SGL hopes to co-exist with the PGA TOUR.