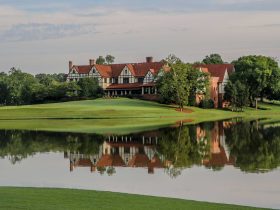 The FedEx Cup Playoffs – What Happens Next?

In an age where professional golfers are sometimes overly concerned about maintaining their squeaky-clean images for their social media numbers and marketable value, it is refreshing to have a world number one who has no such seeming concerns.

“Piece of s— f— setup. Putting contest week,” Rahm said as he was walking off one of the greens at the American Express. The video quickly went viral, but somewhat surprisingly, there has been no backtracking and certainly no apology from the Spaniard. If anything, he took the opportunity to express his displeasure further.

“My reaction? I mean, the video’s pretty self-explanatory,” Rahm said to the media during his press conference ahead of the Farmers Insurance Open at Torrey Pines this week.

Rahm was asked if he would take back the foul language used if he could, but he didn’t seem upset with himself on reflection.

“I mean, if I knew somebody was recording, I wouldn’t say it the way I did, but I was just thinking out loud and letting some frustration out because that’s what I felt, right? No matter where you hit it, you’re going to be able to hit it on the green, and it becomes a putting contest; who can make the putts. That’s about it; there’s no premium for anything else.”

The video went viral and generated such a massive response for several reasons. Firstly, there is a common belief that pro golfers should face tougher tests on course and secondly, because Jon Rahm is must-watch, box-office television both in the media room and out there on the course.

Rahm is a realist and included himself in the players he feels the course should have tested and punished more.

“I can tell you right now with the way I struck the ball last week and the way I putted, if it was in, let’s say, major championship conditions, I probably wouldn’t have made the cut, let alone finished 14th, or I shouldn’t have, I believe,” he said. “I just think it was a bit too easy for the best players in the world. That’s just my opinion.”

Rahm is very clear about the level he feels PGA Tour players should be tested. He is happy to use traditional U.S Open golf and Torrey Pines South Course, this weeks host, as benchmarks.

“A lot of it depends on the golf course, but I would like a setup that would challenge us in every aspect of the game,” said the Spaniard. “I like fairways to be narrow, and I like the rough to be up so you can’t just miss the fairway and go for the green with whatever you want. I would like the greens to be firm. They don’t need to be ridiculously firm, but firm. And I’d like greens at the right speed.”

Rahm was quick to acknowledge he understands varying conditions and factors mean the course setups will differ by location but insisted that wherever they play, the best setup will always identify the best player.

“I think a golf course that would challenge us in every aspect of the game, and that’s where I believe you would find the best player, somebody whose whole game completely is playing good throughout. And if something is missed, you have to make up with really good stuff on the other parts of your game,” he said.

When asked how many courses satisfy his requirements, he listed the four majors and the Players Championship and what he describes as only a handful of Tour stops. Torrey Pines, where he plays this week, Colonial, Genesis Invitational host Riviera and Memorial host Muirfield Village.

Rahm is comfortable on the course here in San Diego; he is a past champion of the Farmers and won the U.S Open here and has a pleasant off-course memory after getting engaged to his wife Kelly on the trails bordering the course.

“You know, that was the one and only time I’ve gone on the trails,” Rahm said. “I feel like it’s this thing, right, where nowadays you’re expected to have this massive movie proposal, and you see it on social media, and they have this massive production. I told her for years, ‘When we do it, we’re going to be in sweatpants.’ She didn’t believe me. So, in fact, we were in sweatpants on a hike, and it turned out to be great.”