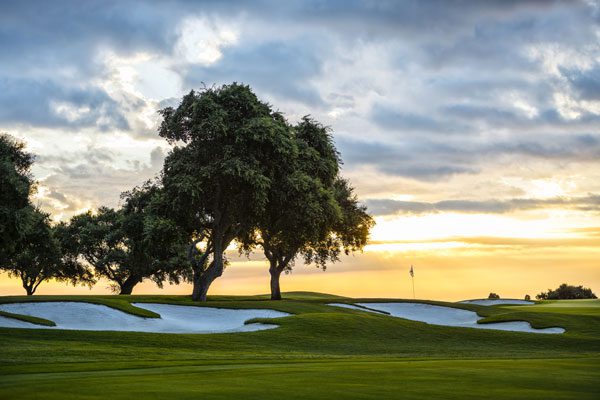 Predictions for Professional Golf in 2018

The American Express was the second tournament Hudson Swafford has won since his son James was born, but this one will undoubtedly stick in the memory a little more. Swafford Snr struggled to navigate his media interviews without Swafford Jnr sneaking into positions then charging to try and take Dad out at the knees. It was a beautiful sight to see.

Five years ago, here in the Coachella Valley, Swafford lifted the first of his three PGA Trophies at this very tournament. Securing the American Express for a second time not only gives Swafford another trophy for the cabinet and another nice big cheque to bank, but it also earns him another trip to the Masters.

His first time playing competitively at Augusta National was reached here at LaQuinta in 2017 when he won for the first time. In the build-up to the Masters in 2017, Hudson treated his Dad to a round at Augusta, and the 2017 Masters was the last tournament his Dad saw him play in person.

Following his victory on Sunday, Swafford revealed his father had passed away a month ago.

Swafford had a very eventful back nine on which he made only one par. There were two bogeys in there, but they were more than canceled out with the other six holes all birdied or eagled en route to an eight-under-par 64.

A playoff had looked to be on the cards for much of Sunday, with nine golfers still in serious contention as the tournament came close to its conclusion, making Swafford’s late sprint away from the rest of the pack even more impressive. Lee Hodges and Lanto Griffin tied for third with Brian Harman, with Tom Hoge finishing second, two back from Swafford.

“I had all the confidence in the world, and there was just something about bogeying the first hole here for me on Sunday that gets me in my comfort zone,” joked Swafford, who bogeyed the first in his fourth round in his ’17 win. “But I just felt like I was going to win today. I didn’t know how, I didn’t know what I was going to do or how it was going to happen, but I just had a crazy good feeling.”

Swafford’s first few interviews were very happy and composed ones, but things quickly changed when his voice started to crack, and he revealed that his father had died a month ago after a lengthy battle with Parkinson’s.

“I definitely thought about him [during the 4rth round], but in a good way, because he was getting to see me hit good shots in person, and it’s been a long time,” Swafford said. “So I had a couple of moments where I looked up and knew that he was following and knew that he was there, and I could just hear his voice saying, ‘Just be confident in what you’re doing, you’re playing great.’ And he goes, ‘Just play to win.’”

Swafford had to make some difficult career decisions last year after missing ten out of eleven cuts.

“I didn’t know where the ball was going to go. It was wearing on me,” Swafford reflected.

Following The Masters in April, Swafford decided to part ways with his close friend and coach of eight years, Todd Hamilton. A decision which he said, “killed me.” Swafford started working with another coach and a long-time friend, John Tillery.

“Starting Congaree [in June], about a month later when I finished second, and then through the playoffs, I really played great golf,” Swafford said. “I hit it unbelievably well, even in the fall.”

Swafford switched to a different Scotty Cameron putter on the eve of the tournament, and it served him well – he was second in the field in putting on the week. Before this tournament, he was 144th in putting this season.

“I actually changed putters this week to a heel-shafted putter to help it swing a little bit more and rolled it incredibly well,” Swafford said.

It was a well-deserved win at a romantically poetic time for the 34-year-old from Lakeland, Florida.