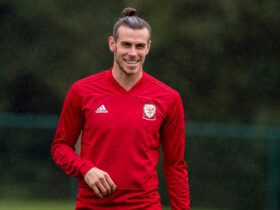 Brooke Henderson fought off a defiant comeback from Charley Hull to claim a wire-to-wire victory at the LPGA season-opening Hilton Grand Vacations Tournament of Champions in Florida.

The Canadian led the way at the end of each round entering the Sunday with a three-shot lead over American Nelly Korda and Japan’s Nasa Hataoka.

Henderson showed no sign of letting her lead slip as she hit a two-under round of 70 on the final day to earn victory by a four-shot margin ahead of England’s Charley Hull and Sweden’s Maja Stark at Lake Nona Golf & Country Club.

Throughout the tournament, the Ontario-born golfer hit 14 pars, three birdies, and only one bogey.

It is the 25-year-old’s third wire-to-wire victory and 13th LPGA triumph.

Both Hull and Stark ended the tournament with a final-round 69 to tie for second at 12 under.

“I always try to win a couple times each year, so to get one right away right out of the gate takes a little bit of pressure off,” Henderson said on NBC. “I just love playing out here on the LPGA Tour against the best in the world every week.”

The World No. 7 suffered from injury during last season despite victory in two events and also took the decision of changing all of her equipment.

“There definitely was a lot of patience involved, especially early on in the offseason,” Henderson said. “A lot of big changes, a lot of things, but it couldn’t have worked out any better.”

The next event on the LPGA Tour is the Honda LPGA Thailand taking place between February 23–26 at Siam Country Club – Pattaya Old Course.