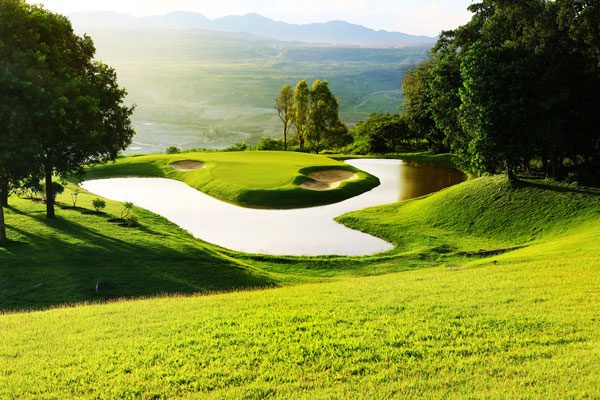 At the tender age of eight, young Tiger Woods broke 80 in golf, a fete that most golfers only dream about their entire lives. The budding star broke 70 aged 12 years, and it has been a record-breaking streak ever since. Tiger scooped his first major, the 1997 Masters, aged 21 years, barely a year after turning pro in 1996. It all goes to show the impact of early preparation for a child and how early grooming can contribute to your kids’ future success. Although your child may take on a completely different career path from what you have in mind, it’s your responsibility as a parent to provide the necessary support and opportunities.

For Tiger Woods, the push came from his soldier dad Earl Woods. The senior Woods was a navy seal in the US army, and his military privileges granted him access to state-of-the-art courses where young Tiger would tag along. It was not long before Earl discovered his son’s enigmatic golf passion and skill and sought professional help to mold Tiger into the global superstar we know today. The efforts bore fruit and then some, with Tiger scooping almost every other junior and amateur trophy he could lay his hands on. As a pro, the World Golf Hall of Fame inductee has broken almost every other record possible, tying for first in most PGA Tour wins and maintaining the world number one spot for the most consecutive weeks.

The tables have now turned, and it’s Tiger’s chance to provide his son Charlie Woods the same mentorship he received from his father. The young Charlie was born into a golf household in 2009, especially at a point when his dad was arguably the most famous athlete on the planet. Tiger dominated the first decade of the 21st century on the course and career earnings, emerging as the Sportsman of the Year multiple times and being the highest-paid sports personality. Unfortunately for Charlie, his parents divorced in 2010 after a much-publicized scandal that threatened to separate him from his superstar golfer dad.

Although Tiger’s life took a hit after that sudden turn of events, with many sponsors dropping him and his on-course form deteriorating significantly, he tried his best to be a present dad for his daughter Sam and son Charlie. Luckily for him, young Charlie also naturally developed a passion for golf, making it easy for the ultimate father-son relationship to sprout as they bonded over rounds of their favorite sport. Tiger 2.0 is all grown now at the age of 13 years, and he is already showing the potential to take over his father’s strong record.

The world has mainly encountered Charlie in the unofficial PNC Championship, where he has paired up with his father since 2020 to form Team Woods. The duo scored 20 under par during their maiden appearance to secure a seventh-place finish. In 2021, Team Woods pulled up their socks and scored the longest birdie streak in tournament history, sinking 11 birdies in a row. The spectacular performance saw them finish at 25-under, securing a second-place finish behind Team Daly (John Daly and son John Daly II), who beat them by two strokes.

In the 2022 PNC Championship, Tiger and Charlie were humorously referred to as Team Ice Bath as they were both nursing injuries. The dad was recovering from his near-fatal February 2021 car crash, while the junior had a sprained ankle. Even with this, they wouldn’t let the event pass them by and had to contend with limping and driving in a cart throughout the tournament. Woods said that gracing the event alongside his son was far more important than a creaky foot. Despite the challenges, Team Woods finished 20-under par for an eighth-place tie, with the title going to Team Singh (Vijay and Qass Singh).

It’s not easy growing up under the shadow of arguably the greatest golfer of all time, but Charlie appears calm and up to the task. The eloquent and determined youngster perfects his skill by mirroring his father’s swings, although he has many legendary role models, such as Justin Thomas and his father, Mark Thomas. It remains to be seen whether Charlie will live up to his father’s iconic name and make history on his own.