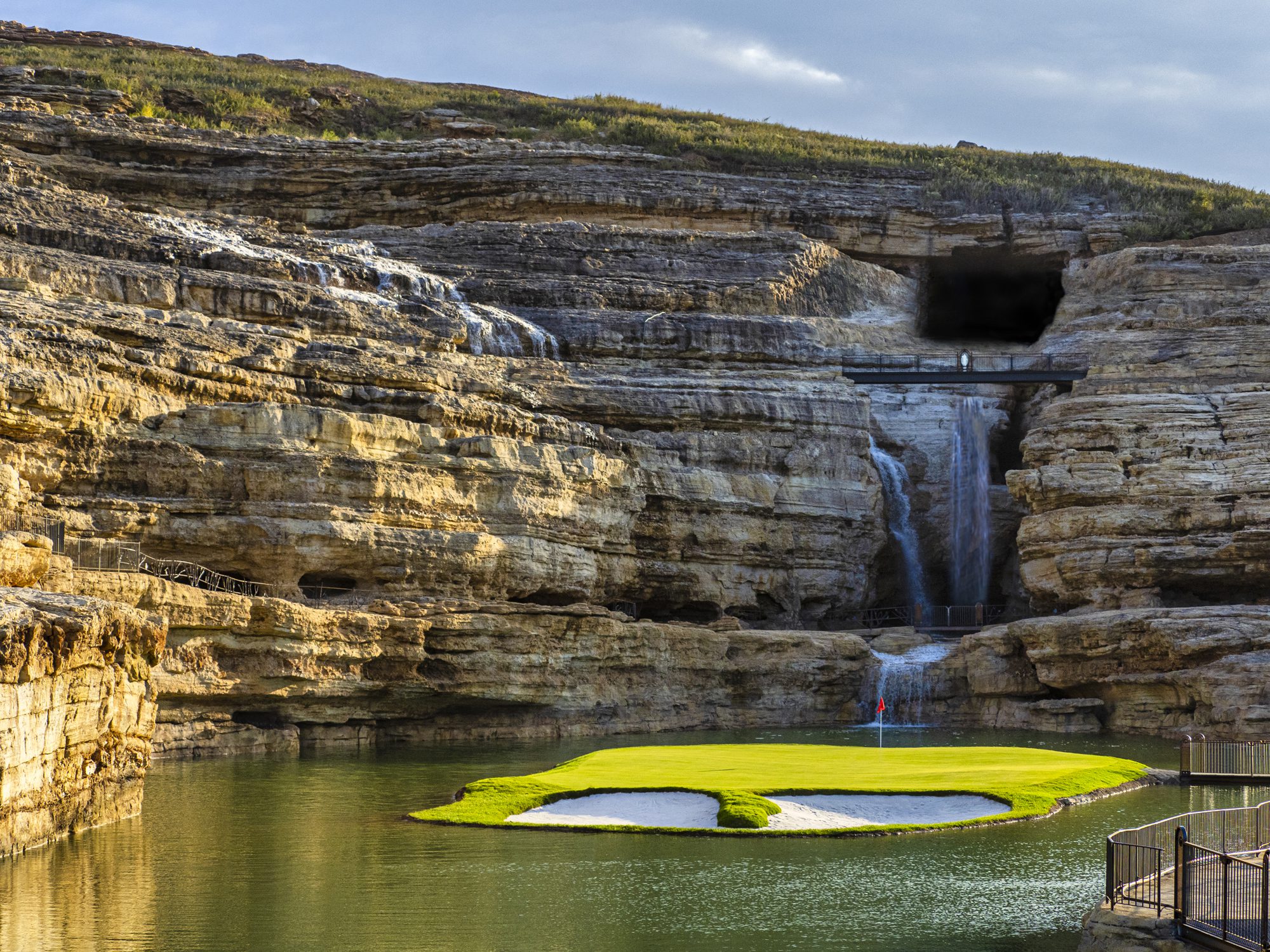 There is a lot of excitement surrounding the PGA Tour debut of 26-year-old South African James Hart du Preez this week. And not just because the 6’9″-er looks more like an NBA star at a Pro-Am – he is also one of the longest drivers of a golf ball on the planet.

Not only can the wall of muscle du Preez melt a tee shot 400 yards, but he also averaged an astonishing 373.1 yards per drive on The Sunshine Tour last year. In contrast, Bryson DeChambeau averaged 323.7 yards per drive last year.

Du Preez’s incredible power and clubhead speed have turned him into a YouTube sensation, with hundreds of thousands of viewers marvelling at him hitting tee shots. Despite his ball speed being around 212 miles per hour and his clubhead speed around 144 miles per hour, the giant golfer doesn’t like being pigeon-holed as just a long hitter.

“When people see me, obviously they don’t see 6’9″ golfers come around very often, so the first thing they gravitate towards is the long-hitting,” du Preez said. “But funny enough, putting is the best part of my game and has been since I was a little kid. I didn’t grow until late in my life, until about 16 or 17, so before then, I never hit the ball far, so I had to learn how to score chipping and putting.”

Du Preez is currently ranked number 1393 in the World Golf Rankings and was given a sponsors exemption into this weeks American Express; making the cut this week would significantly improve that ranking overnight.

Du Preez has had a stop-start career up until having had some lengthy layoffs with injury. After turning pro in 2018 at the age of 22, du Preez tore a ligament in his left wrist and missed around 18-months of golf in total. The man himself attributes his injuries and his growth spurt in his late teens to the fact that now, at 26, he is finally finding his groove.

“A lot of people want to be tall, but they don’t understand the things that come with it because your body accelerates so quickly, and the forces you can generate are hard to control,” du Preez said. “My health is really good now. Since I turned about 24 years old, things have come into place, but from 15 to 24, it was pretty brutal. I could never play for more than about five months a year during that time with so many injuries. I was on and off the whole time. I’ve sort of settled into my body now and feeling great.”

For the golf historians reading, du Preez will join Jon Thomson, the Englishman who famously made a hole-in-one at the British Open last year, as the tallest man to play on the PGA Tour. The tallest man to win a PGA Tour event was 6-foot-7 Phil Blackmar, and the tallest winner of a major was George Archer, who won the Masters in 1969 at 6-foot-5-and-a-half.
Every golfer heads into every tournament wanting to win. Still, du Preez also understands other ways this week will benefit him even if he doesn’t get to lift the trophy late on Sunday Afternoon at the La Quinta Country Club.

“For me, the goal is I hope to prove, more to myself than to anyone else, that I can play with these guys,” du Preez said. “It can be a little bit dangerous to only consider titles and winning as a measure of success. You can tick a lot of boxes along the way, and I’m just looking to tick some of those boxes this week.

“Being on the PGA is the goal,” he said. “I think my game is very well-suited to this tour. I hit the ball a long way, and I hit it very high, but that’s been my ultimate goal since I was a kid to play against the best players week in and week out.”

According to the PGA Tour, these are the average yardages du Preez hits for each club:

On Wednesday, Ron Johnson played with du Preez in the pro-am event and said watching the South African in action was a treat.

“He’s just huge off the tee, but even better, he’s the nicest guy out there. There’s not a nicer guy. He was helping us read the greens and telling us what to do. And his tee shots, I mean they’re just bombs, I don’t know what else to say except they are twice as long as mine.”

See also: All the Major Golfing Events to Look Forward to in February 2022