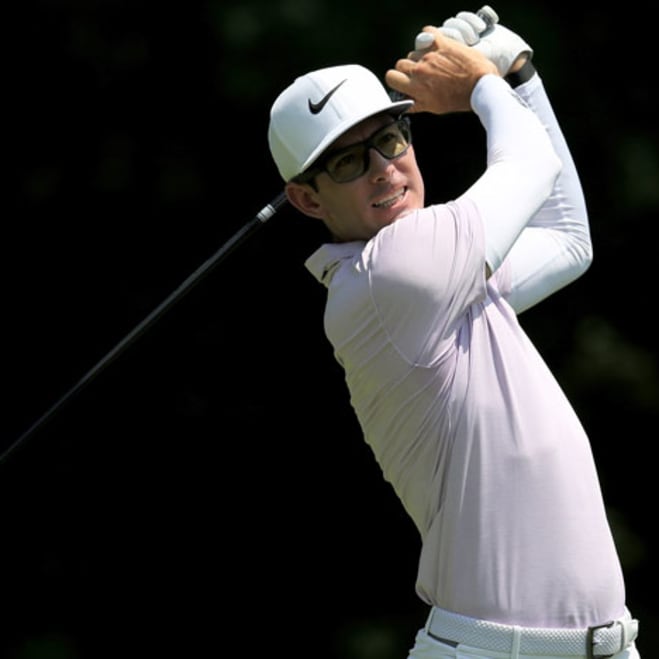 Si Woo Kim came from three shots behind, birdieing his final two holes to secure a one-shot victory over America’s Hayden Buckley at the Sony Open in Hawaii.

Hayden Buckley entered the final day with a two-shot lead and was among nine players of the leading 16 to have never won on the PGA TOUR. However, Sim Woo Kim ended the day victorious as the South Korean fired eight birdies in total, including a 15-foot putt on the 16th, across his final round as he achieved a six-under 64 and finished on 18 under par.

The key moment came about on the par-three 17th after Kim initially missed the green on his tee shot but recovered by chipping in from 28 feet. The shot ensure that Kim came level on 17 under with Buckley and from then on never looked back.

The Sony Open is Kim’s fourth career PGA TOUR victory and first since his triumph at the American Express in 2021.

“It’s like the first time, winning my first event… it can’t be better than this,” Kim said. “It is really exciting and a lot of the season is left. I’m trying to get more confidence and then hopefully more wins.”

Buckley had to settle for a two-under 68 which included four birdies and finished a shot behind Kim.

“I feel like I had control of the tournament pretty much the whole way, but just a late miss on 15 from three or four feet really hurt,” Buckley said. “I bounced back with a birdie [at 16] and gave myself a chance. Overall I was impressed by what I did, and I think I’ll remember this day and it’ll just make me better.”

Chris Kirk had a 68 and finished alone in third.

Next on the PGA TOUR is The American Express which commences on 19th January.