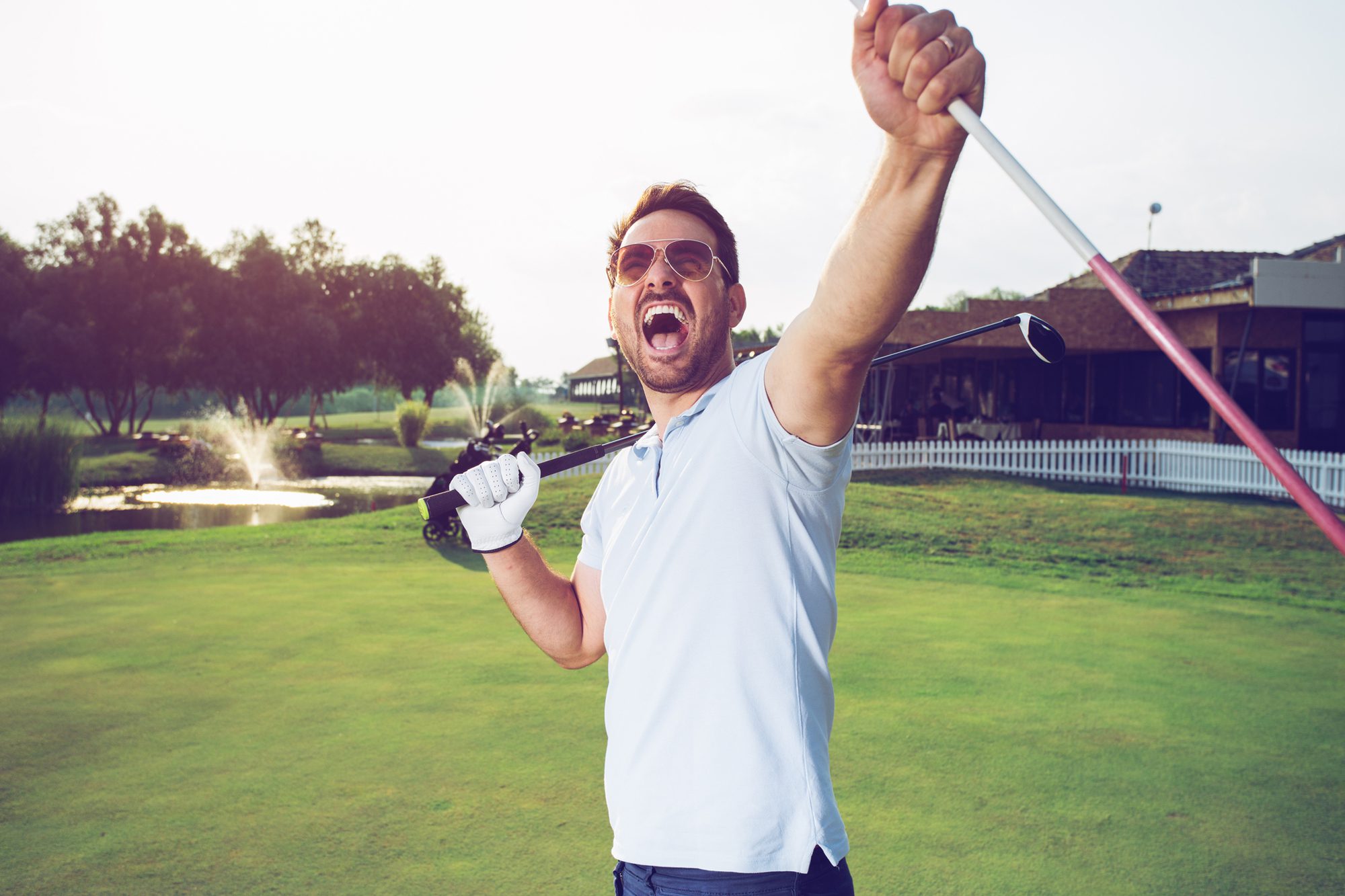 The Greek philosopher Epictetus said, “It’s not what happens to you, but how you react to it that matters.”

Epictetus wasn’t thinking about golf when he produced his pearl of wisdom; he talked about life. Dealing with frustrations is just one of several ways golf mirrors life. Dealing with failure and success in the game of life and out there on the course will ultimately determine our long term success.

Immediately after hitting a poor shot, that gap between stimulus and response needs to be at its longest; otherwise, a poor reaction can quickly turn into a loss of confidence and negatively affect us as we play the rest of the eighteen.

If you haven’t stood on the first tee at a tournament feeling a little nervous, some spectators gathered and full of desperation to get off to a flier; then you haven’t played enough golf. A few deep breaths are mandatory before running through your pre-shot routine. You never miss your pre-shot routine, do you? A millimeter mistimed, though, the ball spins off the club and sails out of bounds. This is not the start you had planned in your head 1000 times over the last few weeks. The reality hits suddenly that you may be looking at a triple bogey, possibly even worse. How you respond over the coming seconds can make or break your round.

It is times like these that highlight why having a post-shot routine is just as critical as your pre-shot one.

Almost everyone who owns a set of clubs, from the guy at the park with his dog retrieving his balls right up to World Number One Scottie Scheffler, virtually every player the world over has and practices their pre-shot routine. Very few players, however, consistently go through a post-shot routine.

“Post”, meaning after, and “routine”, suggesting something you do every time, are a big clue to how often your post-shot routine needs to be done.

The post shot routine is there for three main reasons. First of all, it anchors good shots to your memory. It also responds in the best way to a poor shot so that there should be no knock-on effect, and the shot leaves your memory as quickly as possible. Finally, your post-shot routine will bring you back to the present.

Without a planned response to a poor shot, the negative emotions we experience and don’t address can quickly escalate and have a catastrophic effect on the outcome of your round.

Human beings are naturally more negative creatures than positive ones; our minds are always looking for opportunities to build anxiety and bring our mood and outlook down. It would be best to have all negative and noisy thoughts long gone before arriving at the next tee. It’s near impossible to make a fluid swing and get back the poor shot you just suffered if that shot is in any way still playing on your mind.

The Rain Technique is an effective routine to respond to poor shots. It is far easier to react to a good shot but following through the four steps of the post-shot routine should become a fundamental part of your game regardless of how good or bad the shot was.

R is for Recognize

Becoming more aware and mindful of your feelings following a shot can sometimes be enough to prevent a poor reaction to the shot. There is no right or wrong when it comes to feelings. How you feel is how you feel. The quicker you become at recognizing your feelings should, in theory, allow you to manage your internal state and calm yourself down. At the start of the article, the Epictetus quote explained that an outcome to anything isn’t bad or good. It is merely the outcome. Our interpretation, then the perception of the outcome, determines the direction our mental and emotional states will set off. Improving your awareness means you will buy yourself a few extra seconds, and those will often be enough to prevent the negative thoughts, worries and anxiety from setting in.

A is for Accept

A lack of acceptance is generally the reason for temper tantrums on the golf course. The best way to become more accepting of your poor shots is to expect to have them. Perfection is only found in the dictionary, and the high expectations players often put on themselves make acceptance more complicated than it needs to be.

I is for Investigate

Golfers can quickly seek out the technical flaw after hitting a poor shot. However, the chances are that it was a mental mistake instead of a technical mistake that caused the offensive shot. Instead of seeking out a non-existent technical error, focus your attention immediately on your pre-shot routine and whether you were fully committed to it or distracted.

N is for Neutral

Have a go-to that you can rely on to bring you back to the present. This could be the sounds of the birds chirping, the feel of something you keep close to hand in your bag or even just the ground beneath your feet. Anything that you can trust to put a smile back on your face.

SEE ALSO: How to Stay in Shape for Your Game