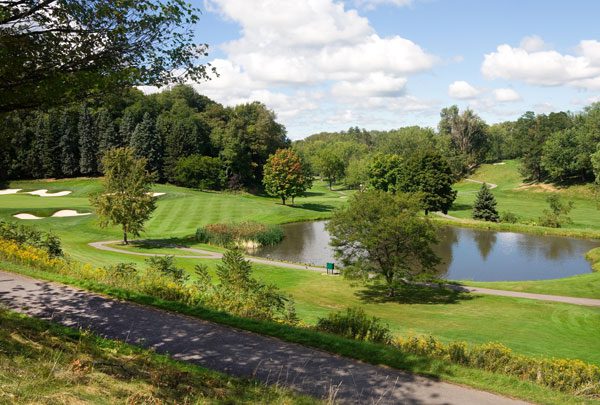 Half Moon Golf Course was designed by Robert Trent Jones Sr. and opened in 1962. The course was later modernized by Roger Rulewich, who removed non-native trees, expanded several greens and renovated bunkers, creating a masterpiece of sheer beauty and challenge. Routed through a retired sugarcane estate, the course hugs the toe of the slopes of the hills overlooking Half Moon.

It’s a classic layout with multiple sets of tees, well-bunkered greens—contoured to accommodate surface drainage— and an overall length ranging from 5,035 to 7,120 yards. A beautiful walking course, it tests scratch and novice golfers alike with similar from appropriate distances.

Primary defense of par are the 26 fairway bunkers that put an emphasis on solidly struck tee shots to find the short grass. Constant trade winds blowing off the Caribbean Sea create up-wind challenges and down-wind opportunities.

Listen to the caddies! They possess a wealth of course knowledge and are eager to lend an eye to guide a birdie putt, or share a story from their years of experience.

Just a few minutes away from Half Moon are the White Witch and Cinnamon Hill golf courses, both of which add to the attraction of Half Moon as a top golf destination.

Also popular for golf vacations is Sandals Golf & Country Club, one of the most played courses in Jamaica, with its narrow fairways, minuscule drop-off greens and panoramic views.