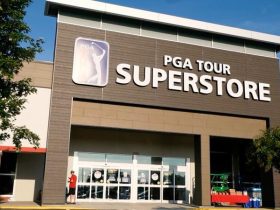 The duo of three-time major winner Vijay Singh and his son Qass claimed the 2022 PNC Championship at the Ritz-Charlton Golf Club in Orlando, in their 16th appearance together.

Team Singh battled against Team Thomas, Justin, and Mike, who they came unstuck against in the tournament two years ago, Team Woods, Tiger, and Charlie, and Team Daly, John, and John II, the defending champions.

Team Singh began the Sunday on fire making seven consecutive birdies and adding two more on Nos. 12 and 13 prior to an eagle on the par-5 14th which tied the lead at 24-under with Team Daly.

A birdie on the 16th meant that the Singhs began to pull away into the lead at 25 under and another on the 18th extended that lead to two shots, leaving them at 26-under, which was enough for them to take the title.

“We went out there really hard. I think we birdied the first seven holes and today he [son, Qass Singh] hit two of the best 2-irons I’ve ever seen in my career,” Vijay Singh said.

“The one on 14 was just incredible. So he played really well. I’m really proud of him and you know we putted well as well.

Qass Singh added: “This is what we wanted forever. Way too long. But it’s about time, yeah, so I’m thrilled. I’m so happy.

“This is already the best week, so this is just making it just, you know, no words can describe. It’s going to be a memory I’m going to have forever.”

Team Woods found things slightly tougher, only ending up with a T8 finish on 7-under following a round of 65. However, Tiger praised the tournament despite a lackluster performance.

“It was an incredible week just to be able to play with Charlie and to be able to experience it, again, with the Thomases, again, for basically the third or second straight year,” Woods said following the event.

“Charlie and I, we played great yesterday. And today we were both like walking penguins out there. It was all good, though.

“The bonding, by far [what most enjoyed], just to be able to be out there and share this with Charlie and for Joey, to share it with his son, as well.

“I used to be good. (Laughter) again, it was neat to be able to roll back the clock for him to see what I used to be capable of.

“A lot [how far he’s come]. The first year, I had back surgery and last year I played with a broken leg. So this year, nothing was broken, but it was good that all the pieces are there again all lined up.

“Just, again, the plantar fasciitis is no fun, and now I get to truly recover and heal and progress forward on this because there’s so many good things that I’ve been able to do physically, be able to hit the golf ball and practice and do everything in a standstill, but I haven’t been able to get from point A to point B, and we’re obviously going to work on this.”

Charlie Woods added: “It was great, being with dad, after working so hard to get here. For me, with school as well and him just the injury, being out there with a great atmosphere and everyone being out there it was awesome.”